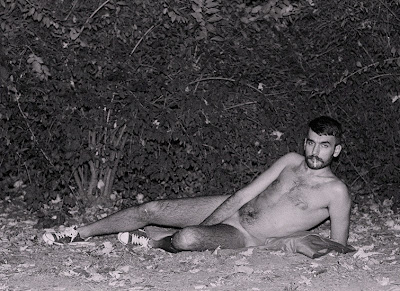 22-year-old Filip from Milan became obsessed with the idea of becoming Butthead of the Month after watching The House Bunny, a film about a Playboy playmate who is booted from the Playboy mansion before she gets her chance to be centerfold — he likes the idea of being unfolded. Filip likes vanilla sex and shoplifting Parmigiano-Reggiano on the weekends.

Matthew: Hi Filip! You said in an email that you love self-help books, how come?
Filip: Because they are really funny. I totally love the way they talk to people. It’s like, we both know you’re kind of stupid because you bought this book, but now we’re going to pretend you’re smart and teach you how to do stuff. I’m reading this one called Come diventare bella, ricca e stronza, or ‘How to become beautiful, rich and bitchy’. It explains how to find a sugar daddy and keep him. Stuff like if you don’t have a libido you need to invent one, or give them the best sex of their life the first week, and then make them dream about it forever. I could have written the book myself. Some of the advice they give is a bit naïve. 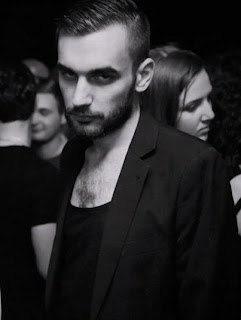 Have you ever had a sugar daddy?
I actually have a sugar daddy right now, a man from Dubai. He arrived in Milan on Sunday and he’s staying for six weeks. I’m not even sure if I can call him a sugar daddy. He’s only 32. Yesterday was his birthday and he got me a gift. He got me this purse, which I will never use. I have to train him what I do and don’t like.
How did you meet him?
I met him on Grindr. We spent two days together this summer, and now he’s back for six weeks. He’s staying in the hotel for the entire time, which is pretty chic.
Is sex expected? Not really. We kind of have a deal. He’s going to be my sugar daddy, and I’m going to be his cum slut  even though he hasn't cum yet. Maybe I’m lousy at sex. We had kind of sex two times.
What’s ‘kind of’ sex?
I was giving him head last night, but I think he may have fallen asleep in the middle. I don’t know what to think about it. I guess I’ll see how it’s going after the weekend.
Is this your first sugar daddy?
No, it’s my third. When I was 17, I was a runaway for ten months. I ran away from Tuscany where I was living with my mother, and went to Milan. I found this guy in a club who was 45 or 55, or maybe 35 — it was kind of dark — and I said, ‘Tomorrow morning, after sleeping with you, I’m getting all my stuff and I’m moving in.’ And he was like really? I lived there for about three weeks, until I ran away to Warsaw.
What were you doing in Warsaw?
I found this advertisement in a magazine looking for actors for a soap opera, but it was actually a casting for a strip club, like lap dancing. I did it for about six months, until a relative saw me in a mall and called my mother. That’s how the adventure ended.
Do you have a talent for lap dancing? 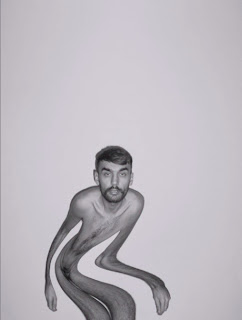 I’m a lousy dancer. The goal was to pretend that I was a teenage runaway — which was true — that I was scared, straight and had to dance for money. If I had three words to describe my dancing it would be: ridiculous, anti-sexual, and jumpy. I would jump around a lot. I’d just get naked immediately and the guys would jerk off in a really polite way with their hand in their pocket.
What were the first and last things you took off when you stripped?
Basically, I didn’t wear much… shirt, shorts, and underwear. First shorts, then underwear, and last shirt. The same when I get undressed normally. Sometimes, I don’t take my shirt off. I don’t like the feeling of being totally naked. I always found it hot in porn movies when they left their T-shirts on.
So when you’re not chasing sugar daddies, what kind of guys do you go after?
Mainly guys with beards, but not always. They’re typically older, but everyone from my age until 45. It depends on their looks, when I’m sober at least. When I’m drunk, it’s like whoever I find is okay. I wake up in random places a lot… naked, with no one around.
What’s the best sex you’ve ever had?
The first sex I ever had. I hooked up with this guy in a bar in Warsaw while I was there on vacation. I wanted to go somewhere funny, so he took me to this dungeon. I met the man of my life there, like a lumberjack on a unicorn. He just threw me on the sofa and started fucking me in front of a bunch of guys. It was great. I've never felt that good. 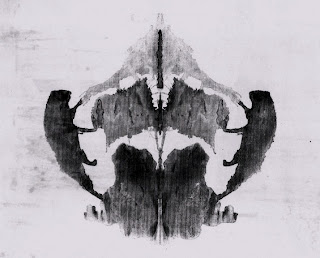 Last question: What do you see in this inkblot?

A beaver looking at itself in a mirror. It’s hitting a bloody beefsteak with its tail while climbing on a spine. The beaver is trying to reach the anteater, which is hidden behind the mirror. The anteater is shaking its nose, and pretending it wants to kiss the beaver. It could also be a skull wearing ‘80s earrings, but upside down.