I don’t want to exaggerate, but Race Cooper is one of the most physically perfect specimens of man ever, basically. Right? I mean look at him. Anyway, I’m smitten to the point where I literally had to pace around the room for five minutes before I worked up the nerve to message him to see if he’d do an interview with me. Which he did, thankfully. Click through to find out what he has to say about race with a lowercase R, about his plans for the future, and, of course, about the Stanley Cup finals. 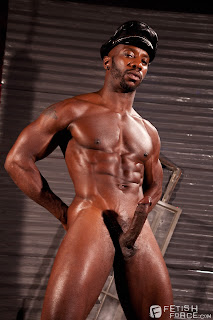 Lawrence: What’s going on? What have you been up to lately?

Race Cooper: Yeah, I've been pretty busy. I just passed an exam for Sports Medicine, so I can start training as a personal sport specific trainer. I’m still shooting as an exclusive with Raging Stallion, too. Militia was just released, with a very hot scene with Markus Ruhl. I think that’s really been all, besides occasionally visiting my boyfriend in Boston.

Boston! Okay, not to completely stereotype here, but I know you’re from Toronto, and Boston’s going through some major hockey insanity right now with the Bruins in the Stanley Cup finals. Are you a hockey man?

I do love to watch hockey. Growing up in Canada, you can’t help but love and admire the athletes that play it. I've been keeping up with the Bruins, because I have to cheer for my boyfriend’s team. The Maple Leafs didn't do so well this year. 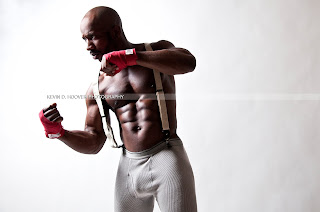 I appreciate that half of Massachusetts is growing beards for the occasion. Which brings me to my next question: Physically, what kind of guys are you into? I've seen the Twitter pics you uploaded of your boyfriend.

Yeah, my boyfriend is a hottie, so I understand when guys stalk him. I do dig beards a great deal, so I love that beards are in. But unfortunately my man doesn't like to grow one that often. As for guys that I’m into, they can range in age. Anywhere from 23-55. Muscular. All different ethnicites  who definitely don’t take themselves too seriously, and like to laugh a lot. Facial hair is always a plus!

You’re just visiting, though, and I know you spend a majority of your time in San Francisco. Tell us 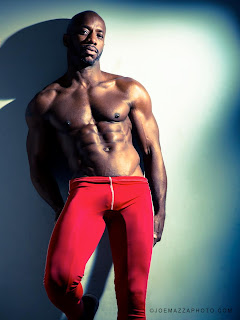 something about the city that a visitor might not pick up on right away.

Hmmmm… The most surprising thing I realized when I moved to San Francisco is how people in the Bay Area love to celebrate. So many fun events are always going on… Bay to Breakers, Pink Saturday, Folsom Fair… It’s a real coming together of personality and diversity, almost every weekend.

Not really. I think when I chose my stage name, I set out to be different, and to challenge the status quo on racial biases. I figured if I used the name Race it was essentially making people sit up and take notice, but also so I could say, “Hey, I know in working with me you’re going to think of the color of my skin first.” I might as well own it. There is so much more to men of color sexually… I kind of

Yeah, the routine can definitely set in. I've been in the biz for over four years now… And it’s starting to feel like it’s time to start the next chapter of my life. More than likely it’ll be in fitness, but I’m hoping to make a transition back into television too. Perhaps a fitness show? A book? Who knows. We shall see.

I recently came across your scene for ButtMachineBoys, which was interesting? What’s it like doing basically a solo scene where you’re bottoming for a really aggressive inanimate object?

Weird. In a word. It’s funny, because that was shot years ago… And, still, it’s wildly popular. It’s hard to connect with an inanimate object, like you can with a person in a scene. I just closed my eyes a lot, and thought of a hot guy turning the switch on and watching my hole get pounded. I am an actor, after all.

In general, are kink shoots fun? They always look fun, but then I remember that they’re not shot in real time, and you’re probably in pain for a lot longer than most viewers realize.

Sometimes they are, and sometimes they’re not. It all depends on the shoot, the scene partner, the experience of the players, how long the shoot goes on… It just depends. But for the most part I've been lucky, and most have been fun. People in kink tend to be more easy going anyway, which makes for an easier shoot.

If you had total control over the kind of sex you had on camera, what would it be? What really gets you off more than anything else?

Well, if I had total control, I’d be doing it at home. And cameras would just roll on sex. No varying shots. No need for editing. And I would be able to do the casting for my scene… But that’s just dreaming, and me wanting to be lazy, and greedy for a paycheck.