I feel a gap 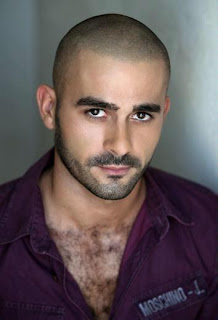 "Oh! It was very Death in Venice today. I was very much feeling like I was on the railing with the boys, waving and feeling my age like the man Aschenbach sees on the ship's deck...

And then , among a crowd of young Poles who are crossing,
is a ghastly fellow, whom Aschenbach sees is an old man dressed
up as young, who capers unsuspected among the youths, drinks
hilariously with them, and falls hideously drunk at last on the deck,
reaching to the author, and slobbering about " dem allerliebsten,
dem schonsten Liebchen." Suddenly the upper plate of his false
teeth falls on his underlip...

Ok, so I don't have false teeth, but I am 45, swimming against a current. The map is already written on my face - I see it everyday in the mirror.

Unlike Aschenbach, the golden youth was never a fantasy of mine. Dark-eyed hairy men are the ticket and always have been. Something smoulders in them that cannot be pulled off by a washed-out blond. On a blond man it just looks coy or forced.

My case in point above right: 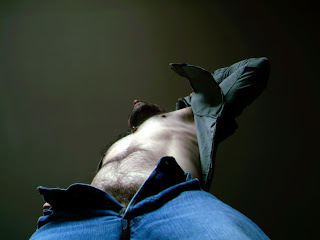 Competence to age is supplementary youth, a sorry supplement indeed, but I fear the best that is to be had, as Charles Lamb said...

Just one picture to establish me. Then we can get on with the blog..."  --Starched Collar