From:  Favorite Hunks & Other Things 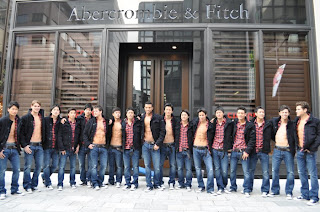 In an effort to counter plummeting stock prices, dropping sales and all the negative publicity Abercrombie and Fitch CEO Mike Jeffries has put a bold plan in place to counter all the negativity surrounding the brand. Although Jeffries has not reversed his stand on selling plus-sized clothing, he has been hard at work planning a new retirement home for former Abercrombie models and photographers who have been pushed to forced retirement from the company. 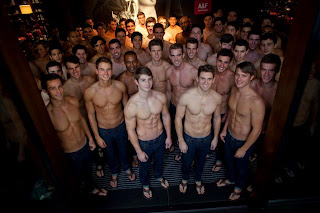 Left & Below Right: Abercombie's finest photographed in 2006 (above) and the same group, below last month in their new home in New York!

Although photographers have been able to work for A & F into their 90's, models are usually kicked out the door at 22, although a few have made it to the ripe old age of 24. Thousands of of these men have been left poor, homeless and without any future prospects. In fact, studies have shown, many end up becoming the plus sized customers, currently being ignored and rejected by the clothing company they used to work for 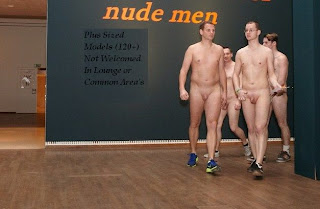 . This past May, the retirement home opened it's doors for a tour to the press in New York. Sadly, it did not go well. Due to all the corners cut during it's hasty construction, furniture was non existent, the walls were bare, and shoddy electric work led to a fire evacuation during the grand opening ceremony (as shown below center). As of now, the project has been put on hold, leaving Abercrombie's retiree's again left without a home, or a stitch of clothing. Will the pain ever end??? FH will keep you posted on future development. 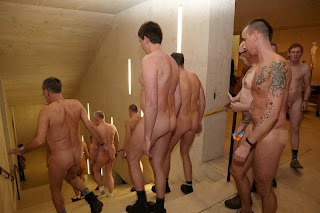 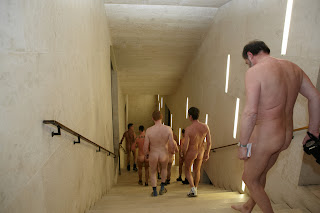