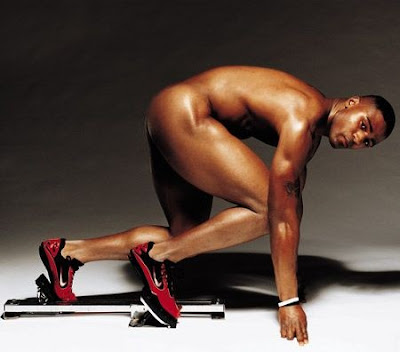 Mark Anthony Lewis-Francis (born 4 September 1982) is a British track and field athlete, specifically a sprinter, who specialists in the 100 meters. A renowned junior, his greatest sporting achievement at senior level has been to anchor the Great Britain and Northern Ireland 4 x 100 meters relay team to a gold medal at the 2004 Summer Olympics. Individually, Lewis-Francis has won the silver medal in the 100 m at the 2010 European Athletics Championships, and numerous indoor medals.

Lewis-Francis is a member of the Birchfield Harriers athletics club and is also known as the "Darlaston Dart".
Posted by Daniel at 5/04/2017 10:23:00 PM