Tituss Burgess Dragged A Moving Company On Yelp: “You Fucked With The Wrong Queen”

Your favorite Pinot Noir-drinking roommate, Tituss Burgess was reading a moving company for filth on Yelp for their highly unprofessional manner.

After a heated text exchange with Franks Express, Burgess did post a review-but probably not the kind the company was hoping for: 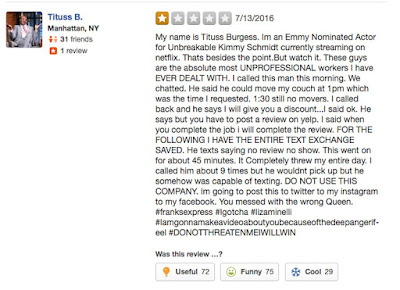 He tweeted to his 49,000 Twitter followers the heated text exchange where the movers called him a “faggot”: 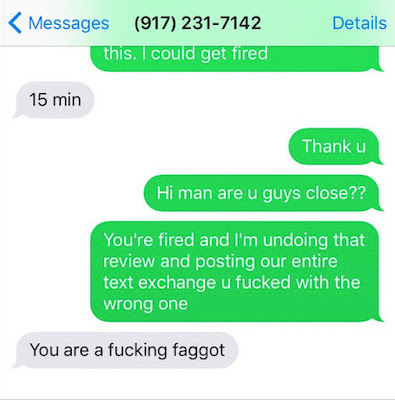 And then he warned Twitter of the fury he was about to unleash:

Burgess didn’t stop there. He also posted a video to Instagram reliving the whole ordeal and telling the moving company that they have “fucked with the wrong queen.”