"By the end, everyone was singing."

On January 5th, a private memorial for Carrie Fisher and her mother, Debbie Reynolds was held at their family compound in Coldwater Canyon in L.A.

There were 125 guests in attendance including Hollywood A-listers like Penny Marshall, Meg Ryan, George Lucas and Gwyneth Paltrow.

Eulogies were delivered by friends such as Stephen Fry, Tracey Ullman and Meryl Streep. “All the tributes circled back to Billie and how much Carrie loved her,” a family friend told People, referencing Fisher’s daughter, Billie Lourd. 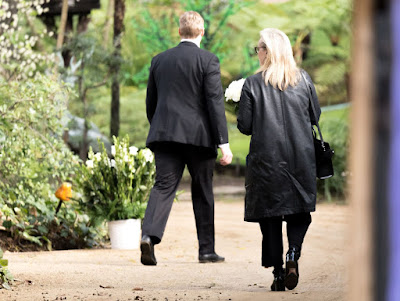 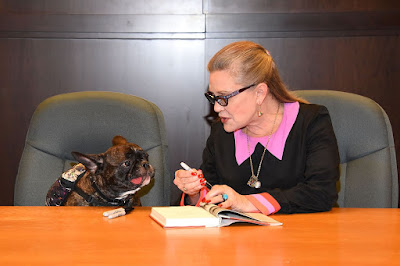 The menu at the memorial consisted of food that were staples at Fisher’s parties such as fried chicken, collard greens and cornbread. “The only things missing were Carrie and Debbie,” said the friend, who had attended many of the legendary parties at the house.

“Debbie would sit in the corner, and everyone there would come up and pay homage. Even the biggest stars were starstruck by her. Carrie would walk around barefoot with a can of Coca-Cola, making sure everyone was having a good time, saying the funniest things you’ve ever heard.” 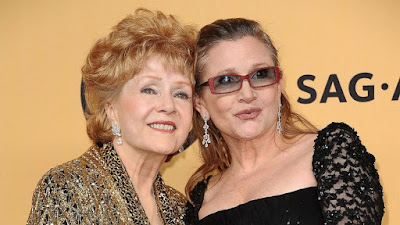 Streep—who starred in the film Postcards From the Edge, written by Fisher—not only delivered a eulogy, but also performed Fisher’s favorite song, “Happy Days Are Here Again,” and the audience joined in.

“By the end,” said the family friend, “Everyone was singing.”

Below, watch Fisher and Reynolds sing that song as a duet during their memorable joint interview on the The Oprah Winfrey Show from 2011: