"We won't give one inch when it comes to defending equality," says HRC's JoDee Winterhof.
From: NewNowNext

While progressives scramble to address President Trump’s executive order banning refugees from Muslim countries, sources are claiming his next fiat will undo protections for LGBT Americans put in place by President Obama.

LGBTQ Nation reports that sources indicate the order will “allow for discrimination in a number of areas, including employment, social services, business, and adoption.” 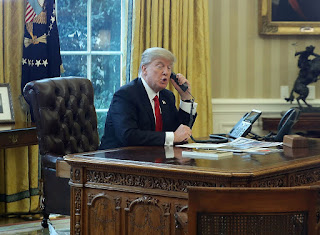 Expected to come in the Trojan horse of “religious freedom,” it could allow federal contractors to discriminate against LGBT employees, enable marriage clerks to refuse to provide marriage licenses to gay couples, or allow adoption agencies that discriminate against same-sex parents to resume federal funding.

Heard from two jouralists who have seen a leaked draft of an anti-LGBT executive order that is apparently pretty bad :(
— Sam Altman (@sama) January 30, 2017

“The rumors of an anti-LGBTQ executive action by President Trump are deeply troubling,” JoDee Winterhof, the Human Rights Campaign‘s Senior Vice President for Policy and Political Affair, said in a statement on the group’s site. 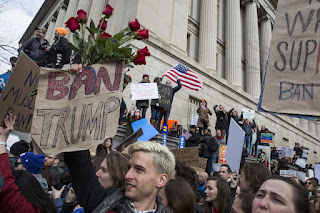 “We already know that he is willing to target and marginalize at-risk communities for his perceived political gain. As the President and his team plan their next steps, we want to make one thing clear: we won’t give one inch when it comes to defending equality, whether it is a full-on frontal assault or an attack under the guise of religion.”

Winterhof added that HRC “will stand with those who have already been targeted by this administration and are prepared to fight tooth and nail against every effort to discriminate.” 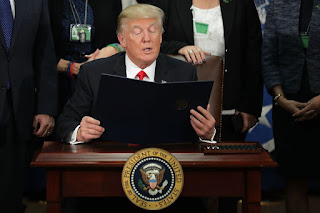 Congressional Republicans have already committed to refiling the First Amendment Defense Act, which would protect businesses and individuals who discriminate against LGBT Americans. President Trump has said he would sign FADA, but an executive order would do away with the need for a vote.