“This instinct to humiliate, when it’s modeled by someone powerful, it filters down into everybody’s life."

The Golden Globes are always the most unpredictable awards shows of the year, and tonight’s telecast did not disappoint: The lavish, champagne-fueled ceremony was hosted by Jimmy Fallon, who opened with a parody of La La Land featuring various nominees, including Nicole Kidman, Amy Adams and the young cast of Netflix’s Stranger Things. 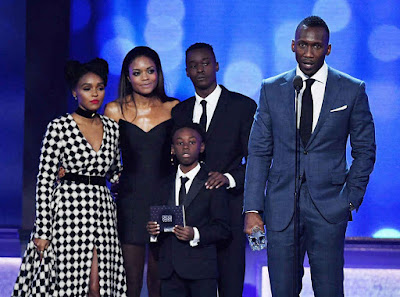 Beyond the winners, the talk of the evening was Meryl Streep’s incendiary speech while accepting the Cecil B. DeMille Lifetime Achievement Award. The Florence Foster Jenkins star called out the rise of xenophobia in America.

“Hollywood is crawling with outsiders and foreigners. And if we kick them all out you’ll have nothing to watch but football and mixed martial arts, which are not the arts.”

“This instinct to humiliate, when it’s modeled by someone in the public platform, by someone powerful, it filters down into everybody’s life,” she told the audience. “It kinda gives permission for other people to do the same thing. Disrespect invites disrespect, violence incites violence. And when the powerful use their position to bully others, we all lose.”

Below, view all the winners from the 74th Golden Globe Awards.