Shemar Moore Explains Why He Continues to Discuss Gay Rumors 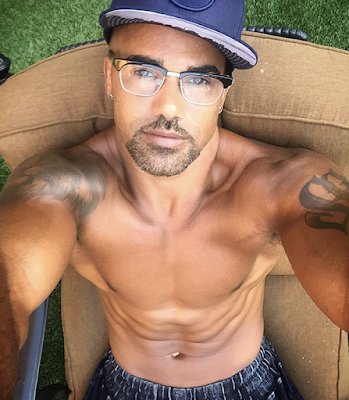 Actor, model and producer Shemar Moore is once again addressing rumors that he is gay.

In an interview with BET, the Criminal Minds alum was asked why he frequently refutes rumors about his sexuality on social media.

I just think it’s all silly. If you’re gay, you’re gay. I’m not, and I know that and I’m very comfortable with who I am and I love women. I’ve dated plenty of them. If you think I’m gay, send your girlfriend over to my house for the weekend and see what happens. For real. You can call that arrogant if you want to. I just call it confident. You can call me whatever you want, but you don’t know me.
I have fans that are gay, men that come up to me, and they’re inspired by me, or they like me as an entertainer, and when they want to give me a hug or take pictures with me, what, am I supposed to not put my arm around them or stand next to them, and if the man next to me in the picture is gay, that makes me gay? That’s just simpleminded ignorance, and I don’t play that.

Rumors about Moore being gay date back at least to 2007.

In July, this Instagram again started chatter about whether Moore is in the closet.

He responded with this video.