May the Force be with you, Carrie.
From: NewNowNext

Carrie Fisher’s current condition is unknown following a medical incident on a plane yesterday. The Star Wars icon was listed in critical condition earlier in the day, after being moved from the ER to the Intensive Care Unit.
Her brother, Todd Fisher, said reports that she is in stable condition are incorrect. 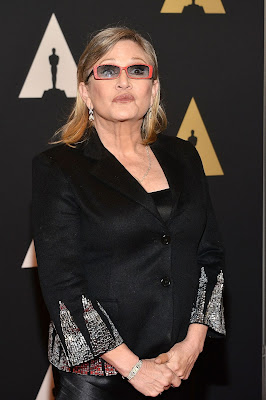 “She’s in the ICU and everybody’s praying for her,” he told Variety. “There’s nothing new from the doctors. There’s nothing new at all… There’s no good news or bad news.”
At about 12:15pm yesterday, paramedics and police at LAX responded to a call about woman with a medical emergency on flight 935 from London. Fisher, 60, had reportedly gone into cardiac arrest about 15 minutes before landing, and was reportedly receiving medical care from the flight crew and passengers with medical training.
Once the ground, an unresponsive Fisher was taken to UCLA Medical Center and placed on a ventilator. 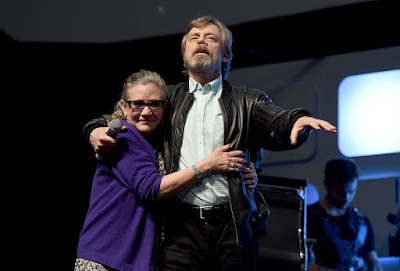 Friends and co-stars have been sending their support to the Hollywood legend.

“As if 2016 couldn’t get any worse,” Mark Hamill tweeted. “Sending all our love to @carrieffisher.”


My wishes to U Carrie Fisher, are a complete & speedy recovery.Your Princess Leia is a true and beloved national treasure.
— carl reiner (@carlreiner) December 24, 2016

The daughter of Hollywood royals Debbie Reynolds and Eddie Fisher, Carrie Fisher started out as an actress but gained acclaimed as a writer, producer and screenwriter.
She appeared in 2015’s Star Wars: The Force Awakens and recently published a memoir, Princess Diarist. She had been in London on a book-signing tour and filming the Amazon original comedy Catastrophe.
I'll be waiting right here mommy. #CarrieFisher @carrieffisher #princessleia pic.twitter.com/sfwVBCBvUE
— Carrie Fisher's Dog (@Gary_TheDog) December 24, 2016

Email ThisBlogThis!Share to TwitterShare to FacebookShare to Pinterest
Labels: actress