Listen up, men!
From: NewNowNext 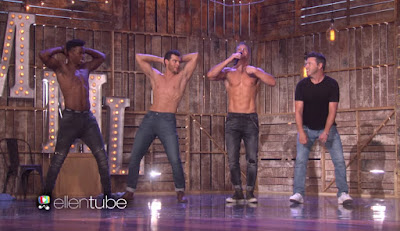 Ellen had Channing Tatum and his fellow Magic Mike dancers on the show last month to perform a titillating tease that had the audience howling. “We are still cleaning baby oil off from the furniture,” she joked. 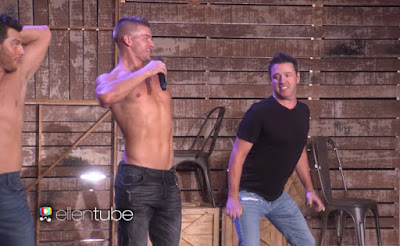 But pulling of their wild moves isn’t as easy as it looks, so the guys came back to break it down for even the most “average” of us.

With the help of the three chiseled babes on hand, Andy learned the famous body roll: 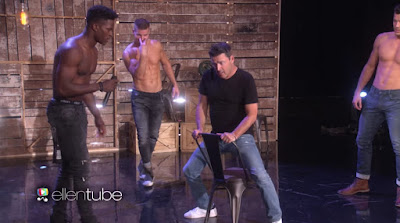 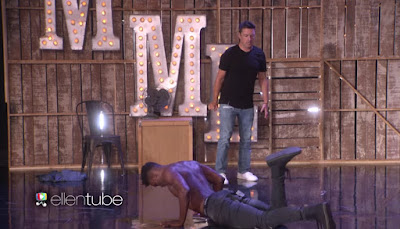 And some kind of intense spin-kick into a floor-hump move: 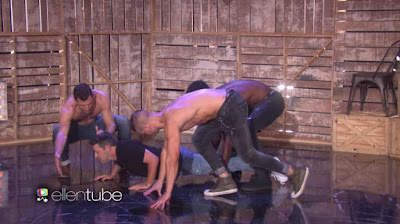 Good thing he had plenty of help—

Check out the hilarious dance tutorial below: