"They do the worst possible things."

A former member of ISIS is claiming the terror organization routinely executes citizens suspected of homosexuality by stoning them or throwing off buildings.

Kamandar Bakhtiar told Alaan TV he was pressed into joining the Islamic State-Khorasan, an Afghani division located near the province of Nangarhar. 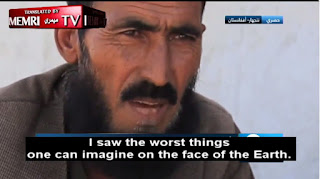 “During the three months I spent in the ranks of ISIS, I saw the worst things one can imagine on the face of the Earth,” he said.” 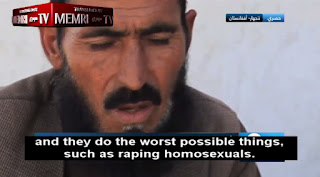 “They kill and behead innocent people, plunder the property of regular people, and they do the worst possible things, such as raping homosexuals.” 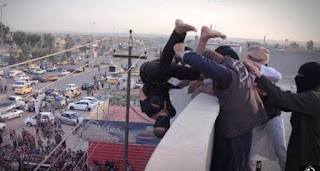 There have been dozens of reports of men executed for being suspected of homosexuality, including four men killed in August in Mosul, Iraq, two of whom were members of ISIS themselves.
Posted by Daniel at 9/18/2016 08:41:00 PM