What Makes “Rebel Without A Cause” Such A Gay Classic?

"Hey, you want to come home with me? I mean, there's nobody home at my house, and heck, I'm not tired."

When it was released in 1955, Nicholas Ray’s Rebel Without a Cause wasn’t just a defining depiction of teen angst in post-war America, it was a instant gay classic.

Of course, it was mostly under the radar—unconscious even. The Motion Picture Production Code was still in effect, banning over depictions of LGBT themes. 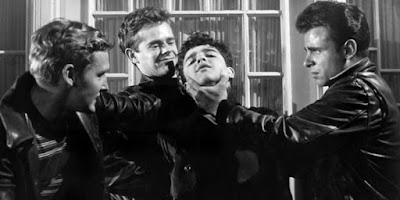 But do you know many straight teens who have photos of Alan Ladd in their lockers? Or tell their hunky best friend they love them? 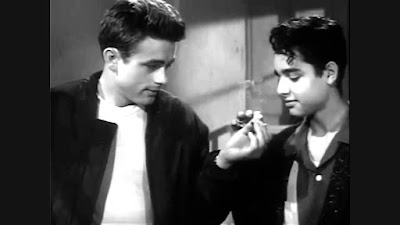 Below, the hosts of Logo’s Cocktails and Classics decode the film’s many gay elements.

Watch Cocktails and Classics: Rebel Without A Cause, July 24 at 8/7c on Logo. And enjoy it with a delicious “Stark and Stormy”—get the recipe below!