‘Broadway Bares’ Kicks Off A Sizzling Summer On Fire Island

The land of sun, sand and surf added some skin to the mix.
From: Huffington Post 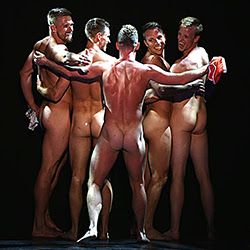 This year’s installment, “Broadway Bares: On Demand,” will feature a “must-see TV” theme, with saucy vignettes depicting a game show, a sports game and even “The Bachelor.” The show will be directed by Nick Kenkel, who was the associate choreographer on the 2011 musical, “Catch Me If You Can.”

Check out a video of “Broadway Bares Fire Island,”  as well as a selection of steamy photos below.