Man Steals Butt Plugs Because He Was Embarassed To Buy Them

Christopher Masters Was Released On $500 Bond - About $470 More Than The Cost Of The Plugs
From: Fleshbot 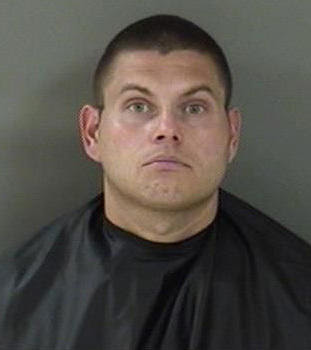 Christopher Masters was arrested after a manager at a Vero Beach, FL Spencer's Location saw him stick two toys - an "Arouz'd Screw Butt Plug" and an "Arouz'd Stroker Can" down his khaki shorts.

Masters tried leaving the store with the toys, but was detained by security. He told security he could afford them, but was afraid to buy them because they were sex toys, reports The Smoking Gun.

Masters was arrested and charged with one misdemeanor shoplifting count. He was released shortly after midnight after posting $500 bond -- about $470.02 more than the cost of the sex toys he was allegedly too embarrassed to purchase.

Can We FINALLY Talk About Male Sex Positivity?
And now for a bait-and-switch.

Can we use this incident to finally talk about male sex positivity? Though many see women's sexual health in danger, I believe that it's actually men's sexual health that is. Women may get slut-shamed, but they're allowed to have sex; society lets women experiment with their sexuality in a way that men aren't allowed to. Female bisexuality and experimenting with other women is hot, and often favored. However, if a man so much as even thinks about another man in a non-sexual way, he's gay.

And to that, I ask: what does someone else's sexuality matter so much for? Why aren't people - men, in particular - allowed to experiment? Is it because heteronormative views have oppressed us so long, that we can't think any other way?

This is essentially a long-winded way of saying this: If you police someone else's sexuality according to your own narrow views, you end up with a man going to jail for shoplifting sex toys, because he's embarrassed about an intense orgasm and wanting to get his p-spot stimulated.