Santa's getting' jiggy with it.
From: NewNowNext

Daniel Franzese—a.k.a. WhatsUpDanny, a.k.a Damien from Mean Girls—just threw his (Santa) hat into the ring for the next great Christmas song.

The Looking star just made his new EP, entitled Christmas Wrapping available on iTunes, and dropped a video for “Young Santa,” the lead single. 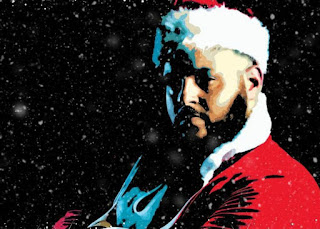 “The first song, ’Young Santa’ was so fun, it just became an entire EP, so I guess ’Merry Christmas!’ Franzese told Out “I’m not trying to be a rapper, I just think it’s funny that Santa would sing booty music.” 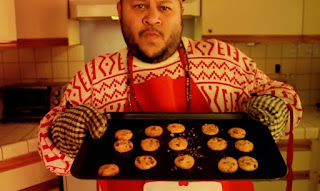 In support of the EP, and The Elizabeth Taylor AIDS Foundation, Franzese  performed the song at UCLA on World Aids Day, December 1, 2015, when he also took a selfie with anyone who signs up to get tested for HIV.

Watch the video for “Young Santa” below.