“Inspired by the true story of Morellet, who in the early ’80s opened a restaurant in NY’s wild and woolly Meatpacking District, Florent will explore the light and dark of that time, as well as the craziness of a place that become a destination for everyone from NY’s literati to the neighborhood hookers and hustlers, the NYPD, and the burgeoning LGBT community.” 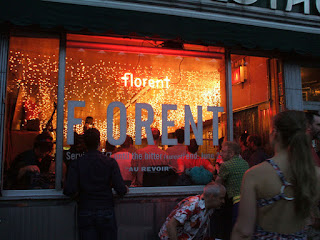 Alan will star as Morellet on the show, which will be directed by The Good Wife’s Rosemary Rodriguez and written by Patricia Resnick, best known for writing Nine To Five.

David Sigal, who directed the 2010 documentary about the diner, Florent: Queen of the Meat Market, will co-executive produce the new series. 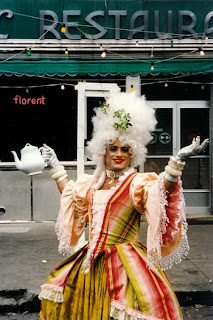 Florent closed in 2008, after the Meatpacking District’s gentrification caused rents to soar. But anyone who managed a visit and met the colorful and engaging restaurateur was impressed by his warmth, charm and passion. (An HIV-positive AIDS activist, Morellet would write his daily T-cell count on the restaurant board).