Queer Films You Ought To Know: “Tongues Untied"

When Marlon Riggs’ Tongues Untied premiered on PBS in July 1991, it courted controversy with conservative politicians and pundits, who were outraged that public money was used to fund a work that indicted majority culture, and particularly the treatment of black gay people, and that depicted nudity and gay-male lovemaking.

Arch conservatives like Jessie Helms and Pat Buchanan cited the semi-documentary as an example of how President George H. W. Bush was using taxpayer’s money to fund “pornographic art.” 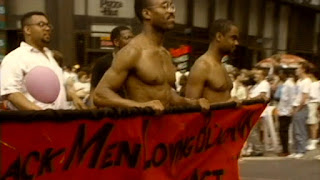 But Riggs’ film, aided by the intensely personal spoken-word poetry of Essex Hemphill, cannot be underestimated: It took on rampant racist and homophobic ideologies in our country with a radical and satirical viewpoint, and addressed the scourge of the AIDS epidemic head on. (No wonder Buchanan and his cronies felt threatened.)

Perhaps the most eloquent PBS special ever, Tongues Untied is a queer film you ought to know.

What’s It About?
In a nutshell, Tongues Untied is an account of the black gay experience in a society flummoxed by the existence of both. 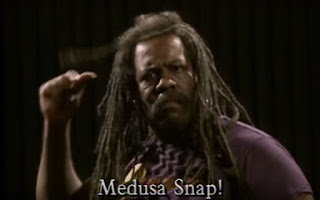 But it shuns a traditional narrative thrust, opting for a surreal, intense build-up of thematically unified sketches that run the gamut from the humorous—like a bit involving a “snapping tutorial” that teaches viewers about the purpose of and dexterity needed for different snaps—to the downright tragic—like an eerily silent scene of a hate crime perpetrated right before our eyes.

While much of Untied is scripted, you’ll never doubt that Riggs, Hemphill, or the other men in the film are drawing from anything but reality. 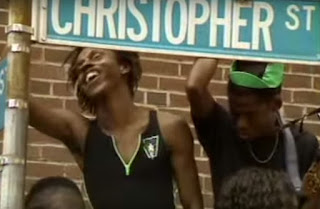 The most personal account we receive is from Riggs himself: He recounts his experience of growing up in the South, where everyone knew he was gay before he had even identified himself that way. “Punk,” they called him; then worse names: “homo, queer, faggot.”

He was also shunned by the black community because his academic interests. (He ended up attending Harvard and UC-Berkeley.)

Riggs also details his move to San Francisco, and his concern that he was not attracted to men of his own race. 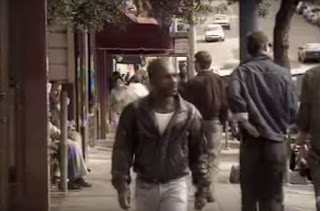 More than anything, though, the film evokes a communal anger toward the norms of American society. It’s a manifesto on the validity of the black gay experience, and a refusal to be dismissed or go unheard.

Why Does It Matter?

It’s An Uncensored, Unmitigated Critique
There is quiet rage in Tongues Untied that’s undeniable. Every ounce of this lean discourse (which clocks in at just 55 minutes) is a pointed critique—of the heterosexist majority, of white communities, and of straight black communities as well. 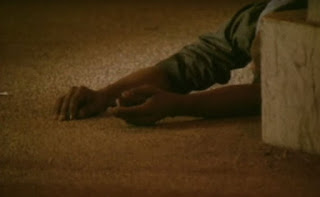 The fact that Riggs was able to get it seen on national television is remarkable—and a feat likely impossible today—even though its more resonant than ever.

Bold Sexuality
As I mentioned, there are glimpses of nudity and carnal pleasure. The eroticism of these moments is defined less by the flesh on display, though, and more by the radical reclamation of black male bodies. 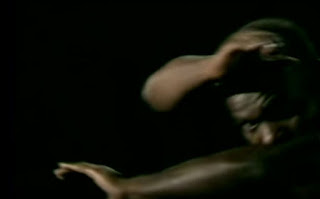 “Black men loving black men is a revolutionary act,” reads a sign a man carries in a Pride march shown in the film. And in 1991, putting that love to film was more than many people could handle. Riggs and Co. were dismantling the stereotypes and lies told about their bodies for decades, and claiming themselves as living, breathing, desirous individuals.

“Whatever awaits me, this much I know,” intones Riggs at film’s end: “I was blind to my brothers’ beauty and now I see my own. Dead to the voice that believed we were worth wanting, loving each other, now I hear.”

The Artistic Form
Tongues Untied works combines varied styles and narrative techniques—including pseudo-PSAs, after-school specials, dance sequences, and even recording sof Eddie Murphy’s homophobic stand-up. We are taken in and out of the surreal and rocketed straight into the all-too-real.

Tongues Untied can be a difficult film, but it is a necessary and revolutionary one, as well. It is at once damning and uplifting, and will make you think more on the intersectionality of race, gender and sexuality in America.

Where Have I Seen Them Before? 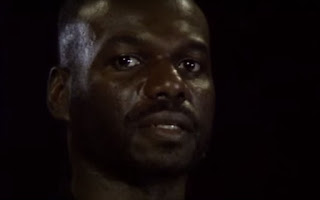 The Director/Star
Marlon Riggs made a massive cultural impact before his death, from AIDS-related causes, in 1994. As a filmmaker, poet, and writer, Riggs’ work beyond Tongues Untied was seen multiple times on PBS—he was even awarded an Emmy—and shorts and docs like Ethnic Notions, Anthem, and Black Is…Black Ain’t marked him as a foremost voice among black experimental filmmakers. 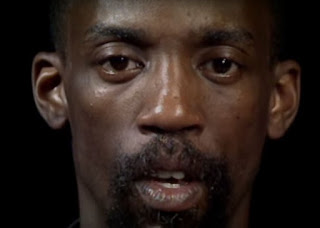 The Poet
Essex Hemphill’s poetry and essays have appeared in numerous written publications, including Essence and The Advocate, and his poetry collection Ceremonies focuses a great deal on the black gay experience.