Back On Board
From: Favorite Hunks & Other Things 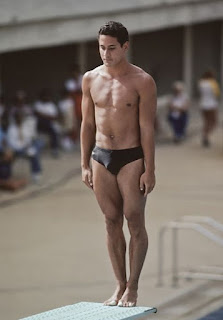 One of the most famous wearers of the classic black speedo has to be silver medalist and 4 time Olympic gold medalist Greg Louganis. Louganis won back to back gold medals at the 1984 and 1988 Olympic Games on both the springboard and platform events. I remember watching as a child and the shock as watching live as Louganis hit his head on the way down. It was incredible to see him pull himself together to get back up and dive and go on to win Gold. 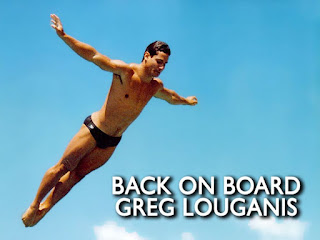 I watched director Cheryl Furjanic's documentary 'Back On Board' last week and was fascinated by all that didn't know about the Olympic hero. His accomplishments in diving were all the more impressive after seeing his struggles growing up and with coming out. It was wonderful to see the coaches and their families who took the young diver into their lives, and filling in the parenting, and clearly gaps in love Greg felt growing up. 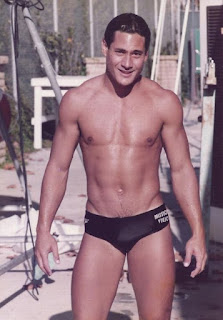 Louganis, who as you can see from his Playgirl layout, looks good in or out of his black speedo. I was most struck in Furjanic's film by how much Louganis lost, much of it financially, even before he officially came out. With the 'is he gay' rumours out, Louganis was deemed by most companies, Wheaties most notable, as being unsuitable to represent their brand. While other athletes around him, many not as successful as he, took in millions from endorsements after the Olympics came to close, Louganis struggled to make it financially with speaking engagements and personal appearances. I think Wheaties should right their wrong with a 2018 30th anniversary of his 4 Gold Medal Wheaties box featuring Greg. In your corner Wheaties! 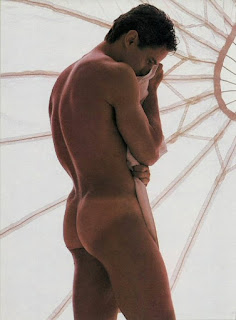 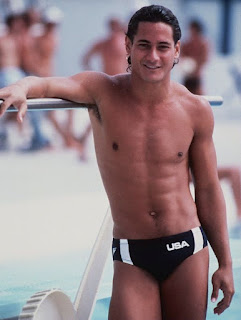