Antigay GOP Leader Outed For Having Ashley Madison Account, Says It Was For “Research” 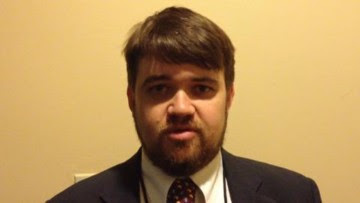 First Josh Duggar, now the executive director of the Louisiana GOP, Jason Doré, has been outed for having an Ashley Madison profile. But the “family values” advocate insists it was strictly for “opposition research.”

The Times-Picayune was the first to report that Doré paid a grand total of $175.98 to the cheating website, which he signed up for in 2013.

In a text message to press (yes, he issued his statement via text), Doré said: “As the state’s leading opposition research firm, our law office routinely searches public records, online databases and websites of all types to provide clients with comprehensive reports. Our utilization of this site was for standard opposition research.”

“Unfortunately,” he added, “it ended up being a waste of money and time.”

We take that to mean Doré couldn’t find anyone to have an affair with.

In the past, Doré has opposed gay marriage and he’s close buddies with Gov. Bobby Jindal, the creepy uncle of the “religious freedom” movement. In 2014, he called for U.S. Rep. Vance McAllister to resign from his 5th District congressional seat after he was caught on camera smooching one of his married staffers.

Since sending out the text message to press this morning, Doré has been keeping a low profile. The Louisiana GOP has not yet released any comment on the matter.
Posted by Daniel at 8/21/2015 08:56:00 PM