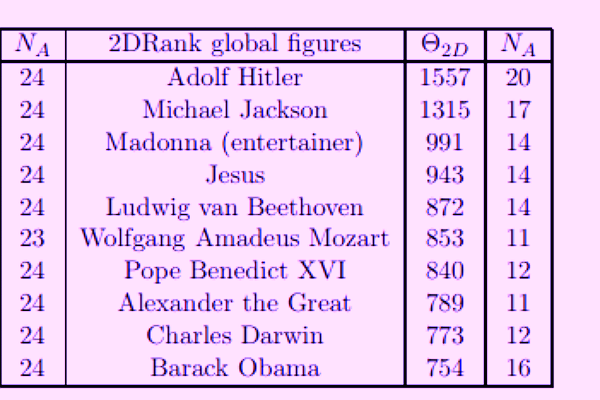 A new study claims to show that Madonna is the most influential woman in history, over Elizabeth II. Overall, only Adolf Hitler and Michael Jackson outrank her, making her literally more popular than Jesus.

These kinds of studies always strike me as a bit absurd. Oprah Winfrey has not been more influential than Martina Navratilova, for example? I'm sure Madonna should rank highly on any list of influential public figures, but sheesh.
Posted by Daniel at 6/14/2014 10:45:00 PM

Email ThisBlogThis!Share to TwitterShare to FacebookShare to Pinterest
Labels: FYI