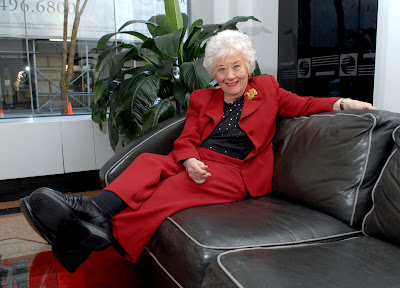 Charlotte Rae, the actress who played matriarch Edna Garrett on "Diff'rent Strokes" and "The Facts of Life," has bone cancer.

The 91-year-old sitcom star, who beat pancreatic cancer seven years ago, was diagnosed last month, according to People.

“So now, at the age of 91, I have to make up my mind. I’m not in any pain right now. I’m feeling so terrific and so glad to be above ground,” Rae told the magazine. “Now I have to figure out whether I want to go have treatment again to opt for life. I love life. I’ve had a wonderful one already. I have this decision to make.”

The actress’ mother, sister and uncle died from pancreatic cancer, she said. Rae, who said she was cancer-free after six months of chemotherapy when she fought pancreatic cancer, was supposed to start chemo again Thursday, but held off to “think about it first.”

The first time around, nobody knew about her treatment, she said, noting that she had “great wigs.”

“I think I’m going to go for it,” said the TV veteran, who celebrated her birthday over the weekend. “The side effects were not too bad when I did it originally. I’ve had a great life, but I have so many wonderful things happening. I’d like to [choose] life. I’m grateful for the life I’ve already had.”

Rae was born in Milwaukee in 1926 and got her start in theater at Northwestern University. She perfected her comedy in clubs “to showcase myself for Broadway,” she told The Times in 2006 when her impish album “Songs I Taught My Mother” was rereleased.

Rae, who was wed to the late Emmy- and Grammy-winning composer John Strauss, most recently appeared alongside Meryl Streep in 2015’s “Ricki and the Flash,” on Disney Channel’s “Girl Meets World” and ABC Family’s “Pretty Little Liars.”
Posted by Daniel at 5/30/2017 06:29:00 PM

Email ThisBlogThis!Share to TwitterShare to FacebookShare to Pinterest
Labels: actress