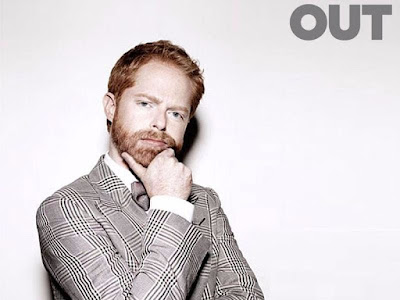 "It was never an issue ... I never felt 'in' so it didn't feel like it was terribly difficult to be 'out.' Good actors come from a place of truth and to me it just felt like I needed to have my cards on the table. It wouldn't have felt comfortable for me to be hiding a piece of myself."-(Winnipeg Free Press)

Jesse Tyler Ferguson (born October 22, 1975) is an American actor best known for portraying Mitchell Pritchett on the ABC sitcom Modern Family, which has earned him five nominations for the Primetime Emmy Award for Outstanding Supporting Actor in a Comedy Series. Previously, he played the role of Richie Velch in the CBS sitcom The Class.
Posted by Daniel at 5/30/2017 03:49:00 PM