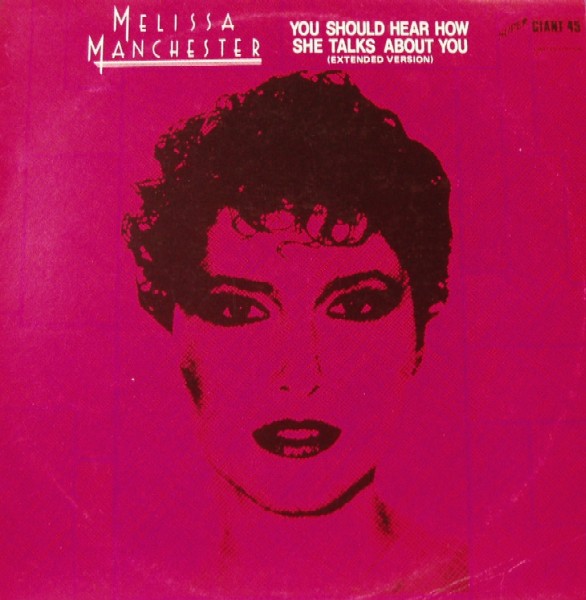 #47
“You Should Hear How She Talks About You”
Melissa Manchester
The faboo Melissa had the biggest hit of her career, which began a slow ascent up the chart, finally peaking at #5 in September 1982 in its 20th week. It won her the Grammy for Female Pop Vocal.
And that Grammy win has irked me for decades, even though I’ve finally made my peace with it. Here’s her winning moment, as she goes up against Linda Ronstadt for “Get Closer,” Olivia for “Heart Attack,” Juice Newton for “Love’s Been A Little Bit Hard On Me,” and who should have won that night … Laura Branigan for “Gloria.” (and watch for Chaka‘s unmistakable cameo)
Posted by Daniel at 4/12/2014 07:50:00 AM

Email ThisBlogThis!Share to TwitterShare to FacebookShare to Pinterest
Labels: 100 Hits Of The Ladies Of the 80′s, music, New Wave, Pop rock, song, synthpop