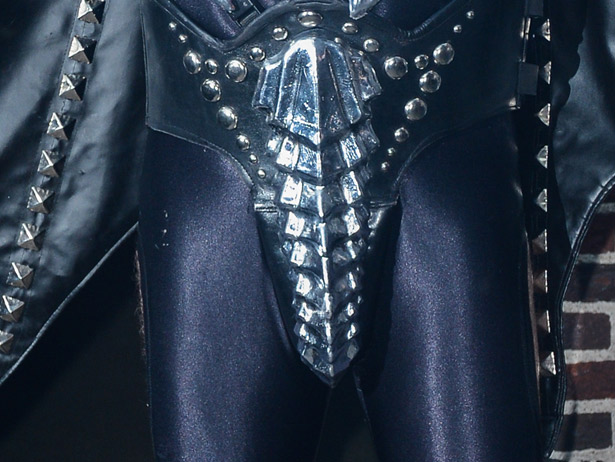 This metal codpiece belongs to the bassist in one of the ’70s most theatrical bands.

Find out who's crotch it is after the jump: 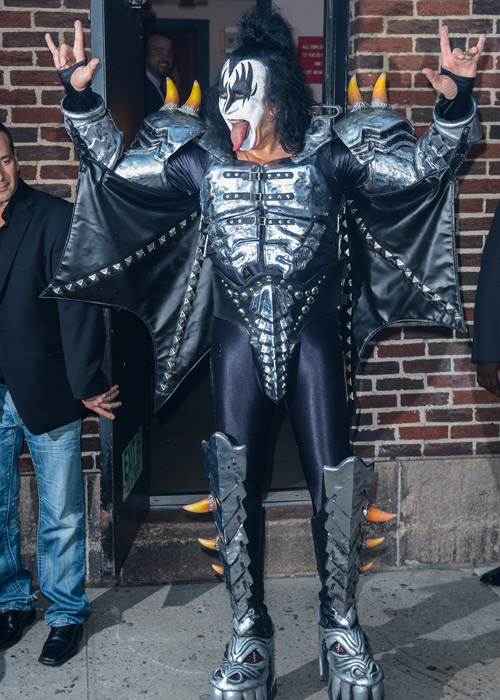 Gene Simmons of Kiss was a comic enthusiast who wanted his band to give fans more than their money’s worth when they came to their concerts with costumes and pyrotechnics.

Gene Simmons (born Chaim Witz; Hebrew: חיים ויץ‎; August 25, 1949) is an Israeli-born American rock bass guitarist, singer-songwriter, record producer, entrepreneur, and actor. Known by his stage persona The Demon, he is the bass guitarist/co-lead vocalist of KISS, a rock band he co-founded in the early 1970s. With KISS, Simmons has sold more than 100 million albums worldwide.
Posted by Daniel at 4/14/2014 06:47:00 PM