Dave Holmes Flashes Back to the Insane, Riveting Battle of the Network Stars 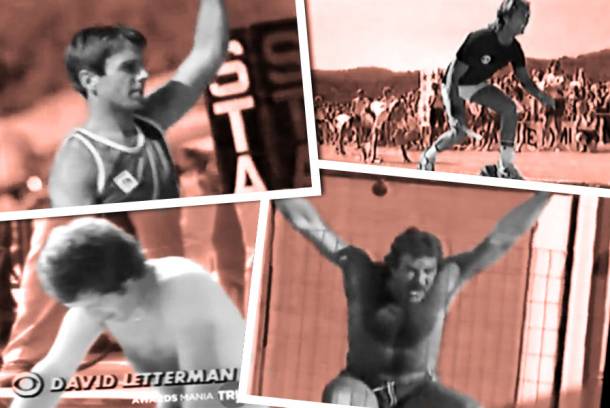 We are coming up on another Coachella weekend and, even though I’m not going, my ringing ears need a break. So for this week’s installment of Somewhere in Time, we’re going to take a little day trip in my Delorean GIF in the opposite direction. If you were alive in the 1970s and 1980s, and if you were raised by a television set as I was, you have fond memories of the biannual TV extravaganza event Battle of the Network Stars, in which your favorite personalities from ABC, CBS, and NBC would show off their athleticism (by which I mean their thighs and chests). It was an all-out war for bragging rights (and actual money — each player for the winning team would win $20,000 for themselves and not for charity), and I don’t think there’s anything I miss more. So guess what: On Monday nights, ESPN Classic shows four back-to-back reruns of ’70s and ’80s Battles of the Network Stars, and I can tell you with confidence that it’s worth changing your cable tier for, because that’s exactly what I did. Come with me as I count down the 12 best reasons why vintage Battles of the Network Stars is the binge-watch-worthiest show on television. 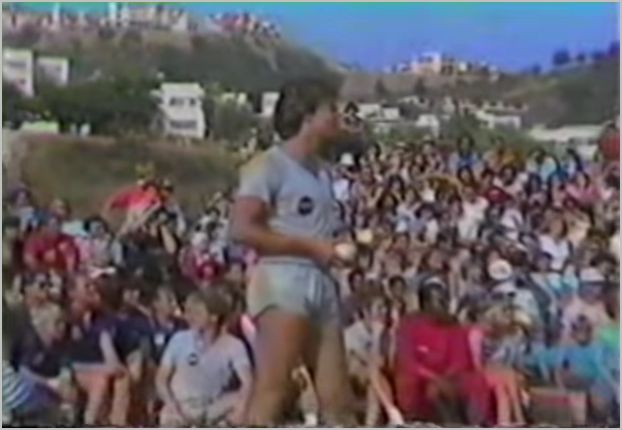 12.
The dunk tank.
In the world of Battle of the Network Stars, the dunk tank is good-nature fun, a breezy way to see our favorite TV stars in swimwear. Behold as underrated Dynasty hunk John James accidentally moistens Trapper John, M.D.’s Christopher Norris, who, as it turns out, is a woman, and as such is called “Chrissy Norris” by Howard Cosell, who never met a lady whose name he couldn't turn into a diminutive. Watch future Oscar winner Helen Hunt go all college softball on Dean Butler of Little House: A New Beginning. But stay tuned for Cosell’s oddly thoughtful commentary during Daniel J. Travanti’s stay in the tank. Dude is hard-wired to tell the human interest stories. We will not see his kind again.