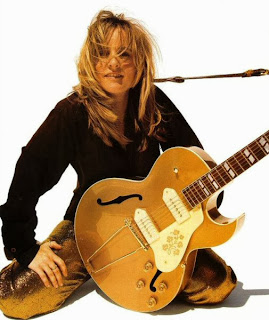 Melissa Etheridge
"Come to My Window"
1994
"Come to My Window" is a Grammy Award-winning song by Melissa Etheridge released in 1994 on her 1993 album Yes I Am. This was the first song to be released after Etheridge publicly announced her sexual orientation of being a lesbian. With the driving force of gay rights, the song gained a lot of airplay on radio stations, mostly through call-in requests. The song debuted on the Billboard charts after the first week of its release, reaching #25 on the chart. It was also the second song from Etheridge that earned her a Grammy Award for Best Female Rock Vocal Performance.
When the song was being promoted, a portion of the song's beginning was omitted. This was to help accommodate some radio stations that wanted an instrumental beginning rather than a vocal one. The song's lyrics describes the intense love that Etheridge has for another person. It describes situations that she is willing to endure and how happy the other person makes her feel. In addition, the song implicitly alludes to the singer's sexual orientation and activism by the lyrics:

Etheridge tells both in her autobiography and during the interview on the bonus DVD of her greatest hits album that Come to My Window is of all songs she has written the one that surprises her the most and that she almost did not put it on the album. She states that while she wrote the song, she did not realize what she was actually writing and that it was not before meeting Tammy Lynn Michaels that she understood what this songs means to other people. She also says that it has the best musical bridge part of all her songs.
The sound effect at the beginning was created by Mauricio Fritz Lewak who put coins inside of a pair of clash cymbals. This song was also about her girlfriend at the time.
Posted by Daniel at 11/02/2013 07:03:00 AM