The 10 Hottest Moments of George Clooney 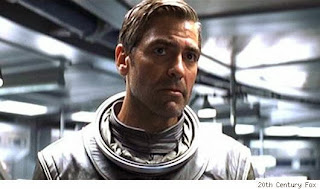 This just in: Gravity is still slaying at the box office. You’d be hard pressed to find someone who dislikes the movie (even Neil DeGrasse-Tyson, who trolled the film’s Twitter account with observations about its scientific errors, liked it), and that means it’s going to be a major player in the upcoming Oscar circus. Sandra Bullock will surely get a Best Actress nomination, and George Clooney will get… this list of his 10 hottest moments ever. You’re the real winner, George.

Ranked for your approval, here’s George Clooney’s 10 hottest career moments. For a guy who doesn’t get naked too often, he remains damn salable as a sex icon. Consider this something extra to celebrate on Columbus Day. 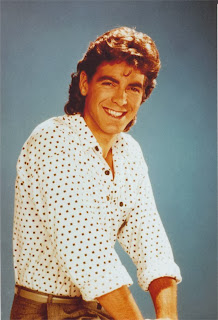 10.
Charlotte Rae welcomes you to The Fox of Life
Strangely, it feels right to place Clooney’s Tiger Beat days at the 10th spot. He’s a hot and sultry and feathered teen icon, for sure, but the key to Clooney’s sexuality is confidence and sly intelligence, and his unrepentant ’80s glee almost stands in contrast to that. Still: a fox. In Nancy McKeon‘s haircut.
Posted by Daniel at 10/14/2013 08:30:00 PM