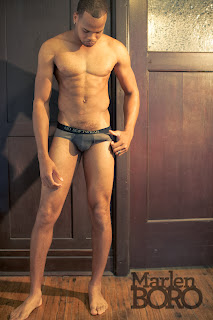 "Periodically I hear from guys that are eager to pose for me – SUPER eager – but… they don’t want to pose fully nude. It’s always a desire to not have their penis seen. Which certainly resonates with me – getting naked in front of the camera is a very personal decision – and I respect those decisions.