MARK RUFFALO - Naked in " In The Cut" 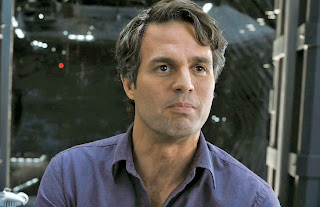 Ten years ago, Mr. Bruce Banner himself stripped all the way down in the 2003 film In The Cut. That’s right, folks! The most attractive man in the universe, commonly known as Mark Ruffalo, showed off his dick (and butt) on the big screen.
hose of you familiar with Ruffalo’s work know that, when the job calls for it, he’s certainly not reluctant to take off his pants… But this goes above and beyond his other nude scenes! First of all, there’s full-frontal. Second, he has a fucking mustache (which somehow makes this 90,000,000 times hotter).


Pay extra close attention to the last screen-cap in this set. It’s worth it. 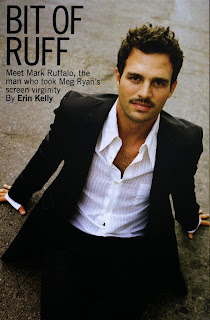 In the Cut is a 2003 Australian-American mystery and erotic thriller film written and directed by Jane Campion and starring Meg Ryan, Mark Ruffalo and Jennifer Jason Leigh. Campion's screenplay is an adaptation of the novel of the same name by Susanna Moore. The film focuses on a college English professor who becomes entangled with a detective investigating a series of gruesome murders in her Manhattan neighborhood.
The film received a limited release on 22 October 2003 in the United States, and was subsequently given a wide release on Halloween that year in the United States and United Kingdom. The film received negative to mixed reviews from critics. 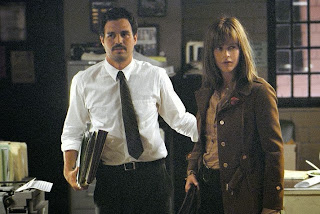 High school teacher and writer Frannie Avery meets a student at a local bar, and when she heads to the bathroom sees a woman performing oral sex on a man. A few days later, Detective Giovanni Malloy questions her as he investigates the gruesome murder of a young woman, whose severed limb was found in her garden. They flirt despite the grisly nature of their introduction, and meet at the same bar later. Frannie is alternately thrilled and frightened by the detective's sexual aggressiveness, even as she grows more disillusioned with the attitudes and crude behavior of other men, including the detective's partner, 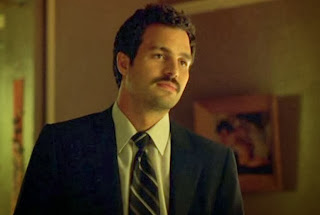 Richard Rodriguez. Even as Malloy defends his partner, who can no longer carry a gun because he threatened his unfaithful wife, he promises he will do anything she wants except hit her. She leaves abruptly and is assaulted walking home, but calls Malloy and their affair begins that night.
Frannie recognizes the detective's tattoo, from the man in the basement of the bar, and asks her sister Pauline if she would trust a man who got a blow job in a bar. Pauline says yes, but Frannie is still suspicious. After Malloy tells her that she and the first victim were in the same bar the night of the murder, and she might have seen the murderer, she begins to suspect that Malloy may actually be the killer, 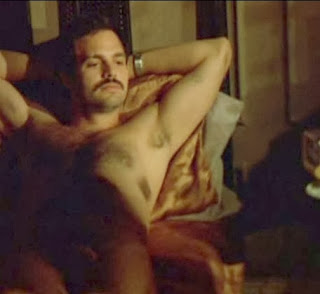 especially after a second victim is found. But later she goes with him to a woodsy spot by the water, where he scares her by shooting at garbage bags floating on the surface, then tells her she should learn how to shoot. She surprises herself by taking aim and shooting well, before they head back to the city.
She finds her old boyfriend in her bed when she gets home, and goes back to her sister's apartment, where she finds the door open and Pauline's dismembered body. She is now more frightened of Malloy than ever, but goes home and gets drunk, and almost stumbles into bed with her student before throwing him out. Malloy's partner is outside watching as the young man runs out, and Frannie shouts out the window that Malloy should stay away from her. But he comes over and helps her clean herself up, and she can't decide if she should trust him. So she cuffs him to a pipe and makes love to him, and as soon as she is done he starts rattling the cuffs, demanding to be set free. She is fishing in his jacket for the 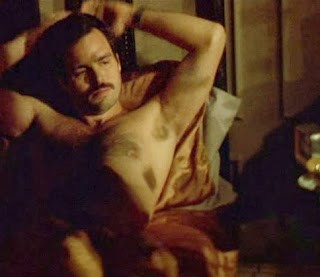 keys when she finds the missing charms from her bracelet, which he claims he found and was planning to return to her. She suddenly becomes very suspicious of him, and he gets scared and yells at her. She finally tells Malloy she saw his tattoo in the basement of the bar when he was getting a blow job, and she runs out, stumbling right into his partner's arms. Frannie tells Rodriguez what she saw, and he says they need to sit down and talk, so she gets in his car. Malloy's screams from the window are ignored.
Rodriguez drives her out to the GW bridge, telling her this is the place he goes to fish, and she says, "I teach that book, To the Lighthouse." But as soon as he locks the gate behind them she knows she is in trouble, and he shows her the tattoo on his arm, the twin of Malloy's. She realizes Malloy is innocent, then 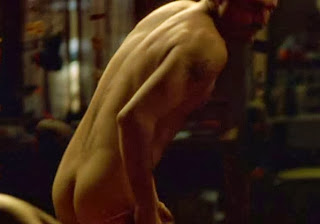 she slips on his jacket before Rodriguez takes her in his arms. She shoots him once with Malloy's gun but he tries to strangle her before she can shoot him again; they fall, and he dies. She walks, bloodied, back to her apartment and lies down in the arms of the exhausted Malloy, still cuffed to the pipe where she left him. 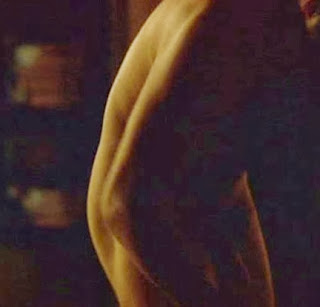 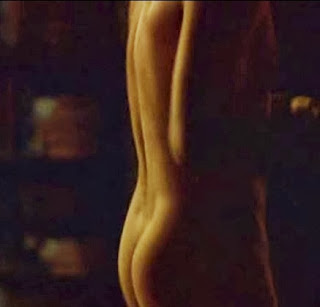 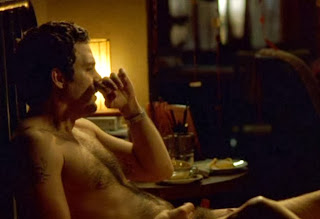 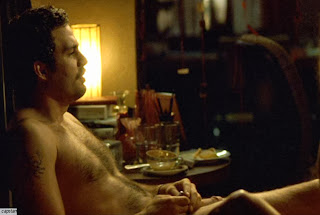