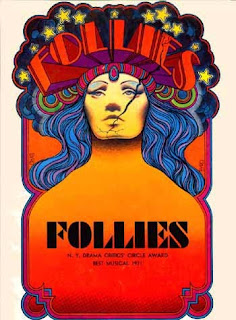 Yvonne DeCarlo
"I’m Still Here"
(Follies)
(1971)
As "Carlotta Campion" she introduced the song "I'm Still Here", which would become an anthem of sorts. The show opened later in Los Angeles with the original Broadway cast on July 22, 1972, and closed 11 weeks later. She was the last lead female performer from the original production to die (having been predeceased by Alexis Smith, Dorothy Collins, Ethel Shutta, Mary McCarty, and Fifi D'Orsay)