#79
Mark Ruffalo
(1967—)
Of course the entire list is all about my own taste, but I'm aware how including Ruffalo on a list that avoids people like Leonardo DiCaprio could infuriate some. However, since the first time I saw him on screen almost 13 years ago, I've carried a torch for this cerebral, sloppy guy, the kind of guy who'd have to haul up his sagging jeans and would smell bad at the end of one day and who you could imagine doing serious damage to the object of his affection in bed—if only accidentally. He's one of the few actors on the list I've met and I can report he is beyond nice and has a great sense of humor—I thanked him, as one hirsute man to another, for showing off his hairy body every chance he gets and he loved that. 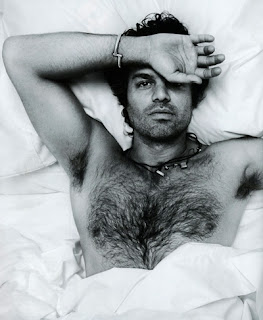