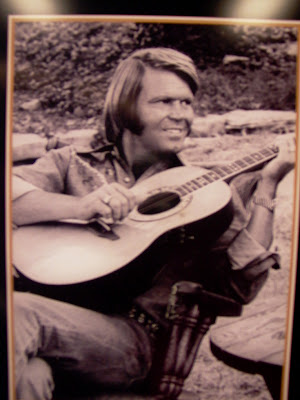 The Glen Campbell Goodtime Hour is an American network television music and comedy variety show hosted by singer Glen Campbell from January 1969 through June 1972 on CBS. He was offered the show after he hosted a 1968 summer replacement for The Smothers Brothers Comedy Hour. Campbell used "Gentle on My Mind" as the theme song of the show. The show was one of the few rural-oriented shows to survive CBS's rural purge of 1971.
Posted by Daniel at 9/27/2015 09:00:00 PM