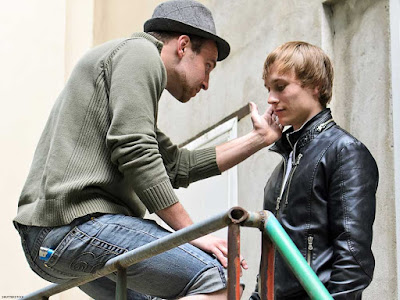 I've had several office debates about the difference between "penis," a clinical term, and the English "cock." The hard consonance book ending the latter - its quick, monosyllabic bluntness - makes it sound sexier and dirtier for the same inexplicable reason "cunt" is more deliciously wicked than "vagina."

Do you "fuck" or "make love?" The words we use are a diagram of identity. They betray one's views of sex and gender. They are the inheritance of cultural upbringing and as a social baggage are often the hardest bad habits to drop.

Folks with narratophilia get aroused from the usage of obscene, sexualized and often stigmatized words. I used to be vehemently against the word "faggot" and its reclamation as a queer power term until I got dominated by a man who called me that mid-thrust before spitting on me. I was converted.