Kremlin Spokesman: Russia Will Look Into Reports That 100 Gay Men Were Rounded Up and Some Killed 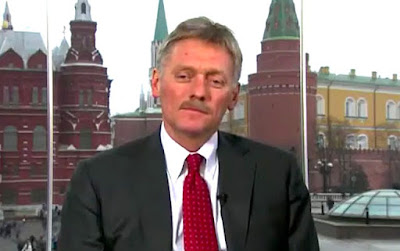 Kremlin spokesman Dmitry Peskov said Russian authorities would investigate reports that emerged over the weekend that at least 100 gay men had been rounded up in Chechnya and at least three executed.

Kremlin spokesman Dmitry Peskov said Russian police would look into the claims. “We do not know how far this information corresponds with reality,” Peskov said of the reported disappearances in a comment to Russian independent news channel Dozhd on Monday. “Of course there are publications and the internal affairs organs will look into this case,” he added, though addressed no other aspects of the report.
The reports of disappearances and comments from local authorities prompted an outcry among Russian liberals with opposition party Yabloko calling for an official investigation.

According to the report published in the NYT, Chechen authorities lured gay men by posing as potential dates on hook-up sites.

Ekaterina Sokirianskaia, Russia project director for the International Crisis Group, told the Guardian she had been receiving worrying information about the issue from various sources over the past 10 days. “I have heard about it happening in Grozny [the Chechen capital], outside Grozny, and among people of very different ages and professions,” she said.
The extreme taboo nature of the subject meant that much of the information was arriving second or third hand, and as yet there are no fully verifiable cases, she added. “It’s next to impossible to get information from the victims or their families, but the number of signals I’m receiving from different people makes it hard not to believe detentions and violence are indeed happening.”