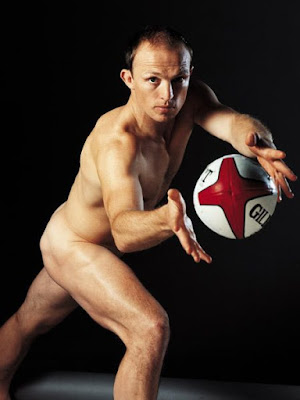 Matthew James Sutherland "Matt" Dawson, MBE (born 31 October 1972) is a retired English rugby union player who played scrum half for Northampton Saints and then London Wasps. During his international career he toured with the British and Irish Lions three times and was part of England's 2003 Rugby World Cup winning side. He won 77 caps for his country in total, including nine as captain and is England's most capped scrum half.

Dawson was best known for his trademark 'sniping runs' and played the whistle well, often scoring tries from 'tap and go' penalties. When called upon, he could also demonstrate his versatility by kicking goals.

Since retiring, Dawson has become a team captain on A Question of Sport besides appearing on various reality shows and is a commentator and presenter on BBC Radio 5 Live's rugby program. Dawson currently works as a health ambassador for Sodexo, a global food and facilities provider. In early 2014, he was appointed as director for business development at Instant, the global flexible work space specialist.
Posted by Daniel at 4/23/2017 11:38:00 AM