"March 4Trump is seeking only individuals who wish to spread... support rather than resistance."
From: NewNowNext

As more and more groups announce demonstrations against the administration, one group is surprisingly standing with the president: Gays for Trump has announced a rally and march in Washington, D.C., today.

The gathering will begin on the mall at the Washington Monument, with participants then marching to the White House. 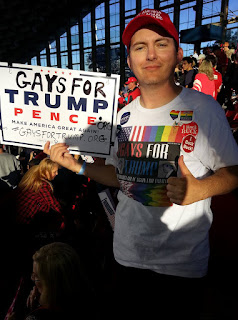 Organizer Peter Boykin (right), who raised funds last year for a Gays for Trump billboard near the site of the Pulse shootings in Orlando, announced the rally this week. A GoFundMe campaign for the rally has garnered $4,800 of its $7,000 goal.

“It is for everybody but you will see a lot of rainbow flags,” Boykin told the Washington Blade. “D.C.-area Gays for Trump will definitely be attending.” Permits have reportedly been obtained from the U.S. Park Service. 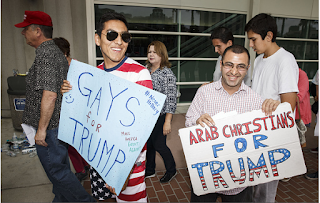 Singer and songwriter Joy Villa will be a keynote speaker at the D.C. rally, accompanied by designer Andre Soriano, who designed the “Make America Great Again” dress she wore at the Grammys. 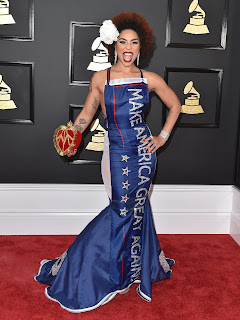 “She, along with the March4Trump Organization, is seeking to unite the nation together in support of our newly elected president,” organizers said in a statement. “The goal of these marches and rallies are to peacefully unite all people. March 4Trump is seeking only individuals who wish to spread love rather than hate, unite rather than divide, and support rather than resistance.”

The announcement bills the event as a peaceful assembly and asks participants to avoid doing anything “illegal and unbefitting.” It advises that, “any violators will be asked to leave and turned over to authorities when appropriate.”