Barry Jenkins spoke to "Entertainment Weekly" about his inspiration for the tense moment.
From: NewNowNext

Moonlight was nominated for several Oscars this weekend, including Best Picture, for its groundbreaking portrayal of a young gay black man. Writer-director Barry Jenkins sat down with Entertainment Weekly recently to break down one of the film’s most poignant moments ahead of Sunday night’s Academy Awards.

Jenkins, who was nominated for Best Adapted Screenplay, discussed the scene in which the adult version of main character Chiron meets up with Kevin, the childhood friend he shared an intimate moment with when they were younger. 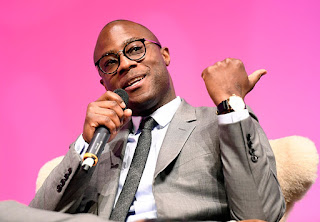 The director discussed how he created the scene out of tense exchanged glances, and why the diner setting was so important.

“The idea for me was to place the characters in a scenario where there was no room for evasion,” Jenkins explained to EW. “I wanted them, in very simple terms, to have to look at one another in the eye.”

“It was wonderful to have a situation where we could see what time had done to these two people, to see how the world had reshaped them,” he added. “It was about trying to find the simplest setting for that.”

Jenkins explained that the jukebox song, “Hello Stranger” by Barbara Lewis, was something he originally heard at a bar in San Francisco and couldn’t get out of his head.

“Later when I was writing, I’m basically sitting in a bar in Brussels, and I’m hearing this song in my head and typing the lyrics into the script, which I never do,” he said. “It was one of those things, again, where it didn’t come to me intellectually. The song had wormed its way into my heart.”

“It’s interesting because even in this script, we have these door bells visually, but even those were written into the script,” Jenkins explained. “The whole sequence in the diner is meant to function as time outside time because this character is being shaped by society so much.”

“Once we’re in this diner, society doesn’t exist,” he added. “It’s just me and another human being. If you want to choose to not open, it’s a choice. It’s not the result of outside pressure. That was the guiding principle for the whole sequence, but it was meant to come to a head in this booth.”