Donald Trump will be heading to court in December over a lawsuit claiming he raped a 13-year-old, and his campaign is now having to address it.
From: Blasting News 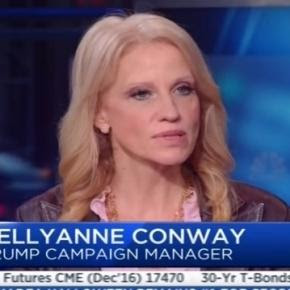 In an election cycle filled with scandals, one that has been kept hidden by the mainstream media has been the lawsuit claiming Donald Trump took part in a group rape of a 13-year-old girl. While the story has been relegated to the internet and social media, it was finally discussed on cable news.

While Trump has been dealing with a dozen sexual assault allegations and the now infamous Access Hollywood hot mic tape since the beginning of October, there are other issues that he will be forced to deal with well after Election Day. One lawsuit that has gotten a lot of media attention has been the Trump University fraud case, whose trial will start at the end of November. However, just weeks later, Trump's legal team will head to another courtroom and face a lawsuit that alleges Trump raped a minor during the summer of 1994. As reported by Raw Story on October 31, Trump's campaign manager was forced to deal with the lawsuit during a live interview.

(The rape lawsuit is referenced at 2:10 in the above video.)

Joining CNBC host Andrew Ross Sorkin, author of "Too Big to fail," was Trump campaign manager Kellyanne Conway. The conversation began by focusing on FBI Director James Comey's controversial decision to inform Congress that a review of newly obtained emails would be taking place, that could be "pertinent" to their prior investigation into Hillary Clinton's private email server. Conway ripped into Clinton, questioning if she is fit to even hold the office, asking, "Who’s really unqualified? Who’s unfit to be president? Who has shown what they would do with their national security information?"

After Conway brought up that Clinton could face legal trouble if she makes it to the White House, Sorkin cited the aforementioned rape lawsuit. "If Donald Trump is the president, he's got the child rape case that’s going to happen that was just given a date," Sorkin said.

Looking stunned, Conway fired back "Oh, come on. I can't believe that you would analogize the two. Give me a break." After Sorkin said he was simply bringing up the comparison to Clinton and Trump's potential legal issues in the White House, Conway responded "That's such a ridiculous conflation."

Trump's attorneys will head to court on December 16 for a status hearing on the case. The lawsuit was brought on by "Jane Doe," later identified as Katie Johnson, who claims she was the victim of multiple group rapes by Trump and convicted pedophile Jeffery Epstein. Part of the lawsuit alleges that Epstein would send for young girls to attend his house party events, while claiming she was raped by Trump on as many as four different occasions. Trump has denied the allegations, with his legal team calling them a "hoax."