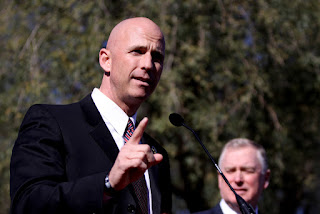 There are currently 246 Republicans in Congress, and with any luck there may be a few less of the really bad ones  after tonight. Every election cycle brings its own mix of incumbents and challengers who combine the disgusting with the stupid, and this year is no different.

Here’s a look at five races–and there are a lot more like them–where the GOP is fielding genuinely awful candidates.

Paul Babeu
Arizona
Babeu (above) proves that being gay doesn’t make you good. The Pinal County, AZ sheriff first attracted national attention four years ago, when a former boyfriend accused Babeau of threatening to deport him to Mexico, forcing Babeu to come out and resign as co-chair of Mitt Romney’s presidential campaign in Arizona. Then Babeu’s past as a headmaster at a school for troubled youths surfaced: the schools was investigated for multiple accounts of abuse and neglect. Despite–or given the states of the GOP perhaps because–of this history, Babeu managed to secure the Republican nomination for a Congressional district in Tuscon. How bad a candidate is Babeu? Even his own sisters urged voters to reject him. Babeu does have one famous backer, though: Peter Thiel. 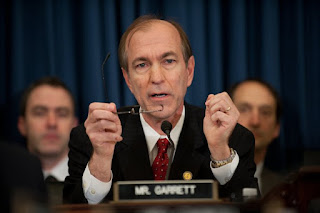 Scott Garrett
New Jersey
Garrett is a Republican incumbent from New Jersey who should be having an easy walk to re-election. That was before Garrett told the National Republican Congressional Committee that he wouldn’t give the group any more money because they supported gay (sacrificial lamb) candidates. That was a bad move for someone who depended on Wall Street money, which dried up when Garrett’s remarks leaked. Moreover, that gave Garrett’s opponent Josh Gottheimer plenty of ammo to portray Garrett as far too conservative for a moderate district and to turn the race into one of the most watched in the nation.

Liz Cheney
Wyoming
Cheney is running for Wyoming’s sole Congressional seat, and as a Republican, is likely to win it. Her last run for office was just a few years ago, when she showed she was willing to sell her sister Mary down the river to satisfy her ambitions. That’s when Liz trumpeted her opposition to marriage equality, a slap in the face at Mary and her wife Heather, who responded by saying that they didn’t support Liz’s candidacy. The public family feud has died down, and Liz has been conspicuously silent about marriage equality–and Mary–this time around. 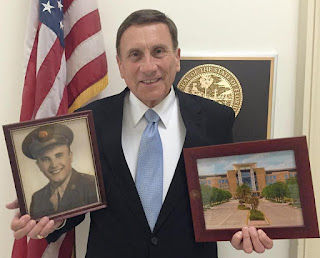 John Mica
Florida
Mica is a bit of an weirdo, who hordes disposable coffee cups, insisting that they can be reused. He”s also a red-meat conservative, taking big bucks from the NRA and sponsoring legislation that would prohibit the federal government from taking action from anyone who refuses to recognize marriage equality. None of that is surprising, except that Mica’s district includes part of Orlando and that he accepted a big donation from the NRA two days after the Pulse Nightclub massacre. Mica faces a tough race against Democrat Stephanie Murphy, who has made Mica’s antigay positions a campaign issue. 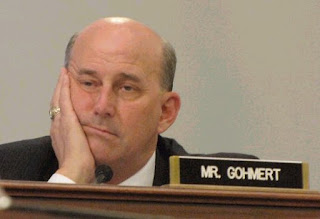 Louis Gohmert
Texas
Michele Bachmann may have retired from Congress, but we still have Louis Gohmert. The Texan is a one-homophobe nutburger factory, cranking out the most outlandish and lunatic remarks with an almost clock-like regularity. During this campaign season alone, Gohmert has declared that child abuse “universally” turns boys gay, caused the flood responsible for Noah’s ark, and insisted that Christians will end up “in shackles” because of hate crime laws. And that was just October’s crop of comments. Gohmert may have an even brighter future ahead. Fox host Sean Hannity thinks Gohmert would be the perfect replacement for Speaker of the House Paul Ryan, whom Hannity despises.
Posted by Daniel at 11/08/2016 04:06:00 PM