There are a lot of people who would like to sock Martin Shkreli in the kisser, and now someone will get the chance. 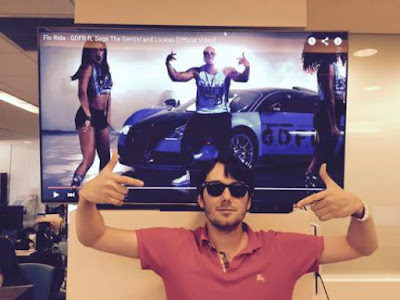 The former pharmaceutical company CEO, who outraged millions by raising the price of an AIDS drug more than 5000%, is auctioning off the chance to punch him in the face for charity.

I will auction one slap/punch in the face to benefit my friend Mike who passed away & leaves behind a young son who survived cancer. DM bids
— Martin Shkreli (@MartinShkreli) September 26, 2016

Shkreli went on Twitter Monday and announced one lucky (and wealthy) bidder could pay to punch or slap him in the face, with proceeds benefiting the family of Mike Kulich, his recently deceased PR rep.

Kulich, 29, died suddenly last week, leaving behind a fiancé and a young son who survived cancer.

Winner gets slap/punch/dinner or whatever they want. Runner up gets something, too. Raising money for my dead friend's son.
— Martin Shkreli (@MartinShkreli) September 28, 2016

In December, the former head of Turing Pharmaceuticals, was arrested on securities fraud charges. His trial has been set for June 26, 2017. 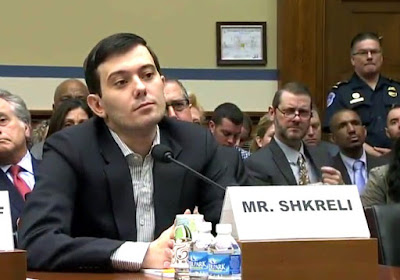 Loathsome former Turing Pharmaceuticals CEO Martin Shkreli, who made headlines last fall after jacking the price of an AIDS drug by 5400%, this week auctioned off the right to punch him in the face.

Shkreli held the auction to raise money for treatment for a friend’s 6-year-old son who is battling cancer (maybe his heart isn’t 100% coal?).

I will auction one slap/punch in the face to benefit my friend Mike who passed away & leaves behind a young son who survived cancer. DM bids
— Martin Shkreli (@MartinShkreli) September 26, 2016

A woman named Katie from Florida won the auction. Shkreli offered to broadcast it on VICE media if they were willing.

Katie from Florida @like_ether_ has agreed to donate $50,000 & I am matching! Congrats to the Kulich family. Mike, I will never forget you.
— Martin Shkreli (@MartinShkreli) September 28, 2016

Katie will be permitted to "repeatedly pummel me in the face" as requested. Bidding is over. Congrats to her and the Kulichs! @like_ether_
— Martin Shkreli (@MartinShkreli) September 28, 2016

In September 2015, Shkreli, a former hedge fund manager, hiked the price of Daraprim, used to help (among others) AIDS patients with compromised immune systems, from $13.50 a tablet to $750 per tablet. Turing announced it had raised $90 million from Shkreli and other investors in its first round of financing on the same day as the pricejacking.

Shkreli promised to drop the price of Daraprim shortly after public outcry but his solution pleased few.

And despite pledging to cut its price, Turing Pharmaceuticals announced it would only provide discounts of up to 50 percent, for hospitals. Shkreli later said he regretted that he hadn’t charged even more for the drug.

In February, Shkreli appeared before the House Oversight Committee for a hearing on drug pricing. He was escorted from the room after refusing to speak, asserting his Fifth Amendment rights.
Posted by Daniel at 9/30/2016 04:31:00 PM

Email ThisBlogThis!Share to TwitterShare to FacebookShare to Pinterest
Labels: entrepreneur