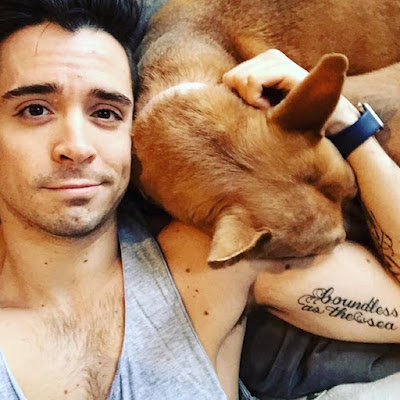 Matthew Finnen "Matt" Doyle (born May 13, 1987) is an American actor and singer-songwriter living in Manhattan. He is perhaps best known for his work in Spring Awakening, War Horse and The Book of Mormon on Broadway and as Glenn Mangan / Juliet in 2011 Shakespeare film adaptation Private Romeo directed by Alan Brown. He has also been developing a singing career with live shows and two EPs Daylight (2011) and Constant (2012).
Posted by Daniel at 6/02/2016 11:01:00 PM