They say truth is stranger than fiction. Well, that old chestnut couldn’t have been more accurate in 2015. This year we saw a “straight” boxer claim he was tricked into appearing in a hardcore gay skin flick, a right-wing Christian couple threaten to live out their sin of divorce if marriage freedom became law, a “celibate” priest blow $1 million on a male rent boy, and an openly gay Democratic lawmaker deny ties to the KKK, among some other pretty outrageous things.

Take  a quick look back at 10 of the weirdest, wackiest, OMGWTF stories of the year… 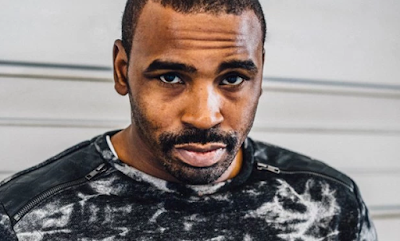 The Twisted Tale Of Yusaf Mack, a.k.a. The Boxer Who Wasn’t Drugged

The 35-year-old father of ten made headlines when he claimed he had absolutely no recollection of ever appearing in the hardcore gay skin flick Holiday Hump’n, alleging he was not gay and that he must have been drugged to engage in such behavior. Days later, after the production company threatened legal action, Mack released a statement saying that, actually, he wasn’t drugged, that he did the film willingly, and that he was bisexual.

About a week after that, the transformation was complete: he released yet another statement saying that, actually, he wasn’t bisexual, he was gay and, well, loving it. Then he threw himself a “coming out party” at a West Hollywood gay bar before, a week or so later, saying he was now interested in having a relationship with a transwoman. We hope to see him on the screen again soon.
Posted by Daniel at 12/23/2015 04:35:00 AM