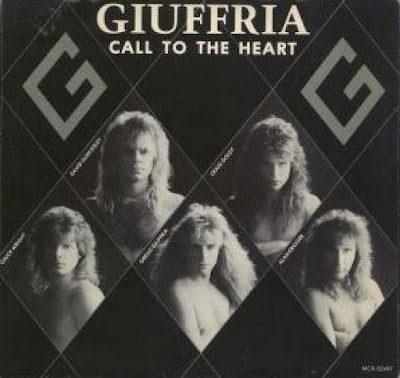 The first time I heard Steve Perry’s “Call To The Heart,” it filled me with confusion. I had Steve’s solo album Street Talk, and this song was not on it, and besides, Steve had already released the single “Foolish Heart,” and it didn’t make sense that there would be competing singles out. That’s when I discovered … it was not Steve Perry. It was some fake-ass Steve Perry. Actually, it was David Glen Eisley, lead singer of the group Giuffria. They peaked at #15 in February 1985.

Here are a couple of fun facts about David Glen Eisley. He’s married to Olivia Hussey (the star of Romeo & Juliet, Black Christmas, and other classic films), and he gave us the timeless “Sweet Victory” from one of the greatest episodes of Spongebob, “Band Geeks.”