#InTheNipOfTime reminds us all that men are susceptible to breast cancer, too.
From: NewNowNext

Mark Ruffalo, Samuel L. Jackson, Harry Potter’s James Phelps and other male stars are concerned about breast cancer—not just for the women in their lives, but because it affects men as well. (Some 2,350 men will be diagnosed with breast cancer this year—and 440 will die from it.)

To get the word out, they’re joining the cleverly named hashtag campaign, #InTheNipOfTime, created by OneForTheBoys as a way to educate men about breast cancer—including how to spot the signs and seek help.

Jackson narrates the campaign’s animated PSA, which honestly makes you sit up and listen. (Do you want to be the one to ignore Samuel L. Jackson?)

Take a peek at #InTheNipOfTime supporters flashing some nip below.

Checkin' Myself before I Wreck Myself!! Taken #InTheNipOfTime All in aid of @One4theBoys Get Ur Nips Out! Your Turn! pic.twitter.com/1jaGDlK32m
— Samuel L. Jackson (@SamuelLJackson) October 27, 2015

I'm supporting @one4theboys #InTheNipOfTime campaign, because men get breast cancer too. Follow the link in the bio to learn more.
A photo posted by Ioan Gruffudd (@ioangruffudd) on Oct 28, 2015 at 11:24am PDT

Men get breast cancer too - RIP Grandpa. I miss you - check yourself for lumps @One4TheBoys #InTheNipOfTime
A photo posted by @samlukowski on Oct 27, 2015 at 5:56pm PDT

Have a look, and as my good friend @SamuelLJackson says... DON'T be the strong silent type. #InTheNipOfTime <https://t.co/xX0aT4eQni>
— Viola Davis (@violadavis) October 28, 2015 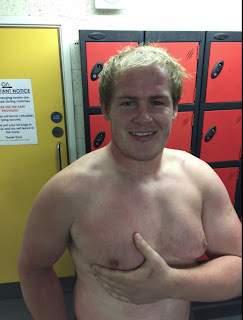 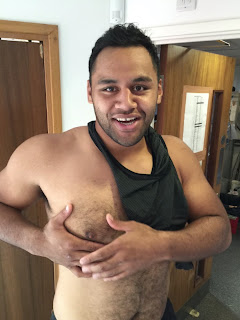 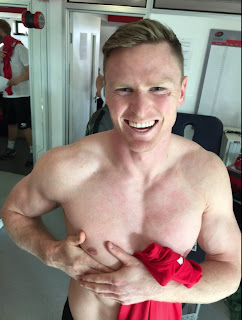 For more information, visit the official website for OneForTheBoys, or tweet them support using the #InTheNipOfTime hashtag.
Posted by Daniel at 10/31/2015 09:53:00 PM