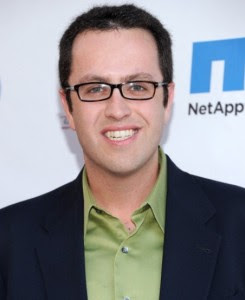 Jared Fogle’s charitable foundation appears to be as much of a fraud as his once squeaky clean public persona. The disgraced former Subway pitch man never paid out a single dime in grants from the organization bearing his name, according to a new report.

The Jared Foundation, which was intended to combat childhood obesity, instead funneled 60 percent of its yearly $73,000 expenditures (approximately $44,000 annually) directly to Fogle’s former business partner, Russell Taylor, who is currently in jail on child pornography charges.

As first reported by USA Today, the charity was set up to donate $2 million to Indiana schools and other community organizations. However, it’s been revealed through foundation tax records that the supposed charity paid the majority of its money between 2009 and 2013 to Taylor, while a good 26 percent of the funds remain completely unaccounted for.

As has previously reported, the father of two was charged last week with distribution of child pornography and engaging in sexual acts with minors. He is facing five to 12 years in prison, will have to pay $1.4 million in restitution to his victims, and remains under house arrest. His wife Katie has also filed for divorce.