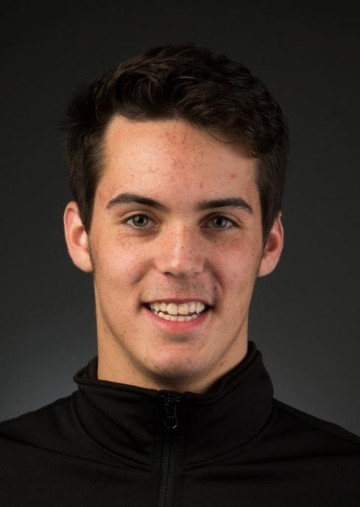 Another high-profile gay athlete has come out of the closet, and to answer your most pressing questions, yes, he’s attractive and no, he’s not American.
But he’s Canadian, which is similar to American except you can leave your door unlocked when you leave the house.
The sportsman in question is John Fennell, a luger who just turned 19. He hopes that by coming out he can raise awareness of LGBT issues in the mainstream sports community. He’s already been effective at raising awareness of luge in the Queerty community, since prior to this we were just sort of vaguely aware that it is like scary sledding.
“I’m an athlete. Realistically, I put on a spandex suit and slide down a mountain,” he says. Sounds like our idea of a good time! What’s this mountain’s name? Oh, wait, he meant that literally.
Fennell tried to hide who his is for a long time before chatting with out swimmer Mark Tewksbury, who came out in a very different climate: the ’90s. Tewksbury was fired from at least one gig for being “too openly gay,” good lord. But it’s 15 years later, and hopefully the climate around gay athletes has evolved far enough that everyone can look back on his treatment and agree it was wrong.
Still, Fennell will face challenges. He didn’t bring his phone or computer to Russia, for fear of capture by the Russian government. He’d been warned about the country’s civil rights atrocities and kept a low profile.
Then he came out to his family when he got home. And after that, to the media.
So, welcome out, John Fennell! Now get ready for a bunch of idiot American morning show hosts to tell you that you shouldn't be allowed to kiss anyone.
Posted by Daniel at 5/30/2014 12:08:00 AM