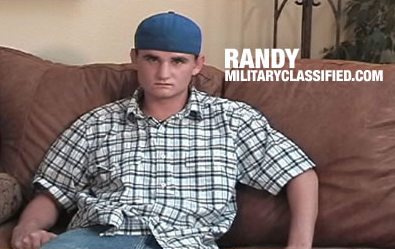 Randy is a little stud Rob Navarro met in Orange County in southern Californeeaahhhhh. He's the typical skater/punker dude who loves loves loves (yup, that much) to get high, play his guitar and fuck chicks constantly. He contacted Rob as he was jobless and needed cash badly so Rob moved in with the chance. It almost sounds cruel to want people to be jobless so we can watch them jerk off or being sucked off on video. 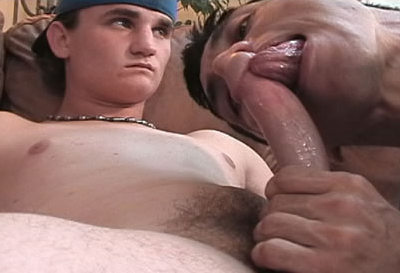 Rob talked to him online first and promised him a girl whom Rob was supposedly going out with who liked bisexual guys. He bought the story and agreed to do some work for the website because "this girl" wanted him too and he would be making some serious cash. He had no car so Rob had to drive down to Orange County to shoot his video at his parents' house while they were at work. Hence the sudden change of backdrop from the usual videos we've seen thus far.

He got rock-hard for Rob and stroked himself into a beautiful stiff cock with 2 very suckable balls. He loved having his balls sucked! 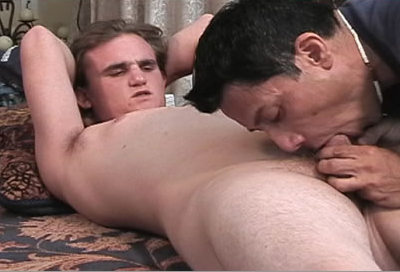 Towards the end of the video, Rob pretty much took control of when he wanted Randy to blow his wad. Finally he got him on the floor with his legs spread and went in for the BIG dump which Rob was ordered to swallow and not waste "a single drop"!! Rob, of course, obliged.
Posted by Daniel at 4/27/2014 09:23:00 PM