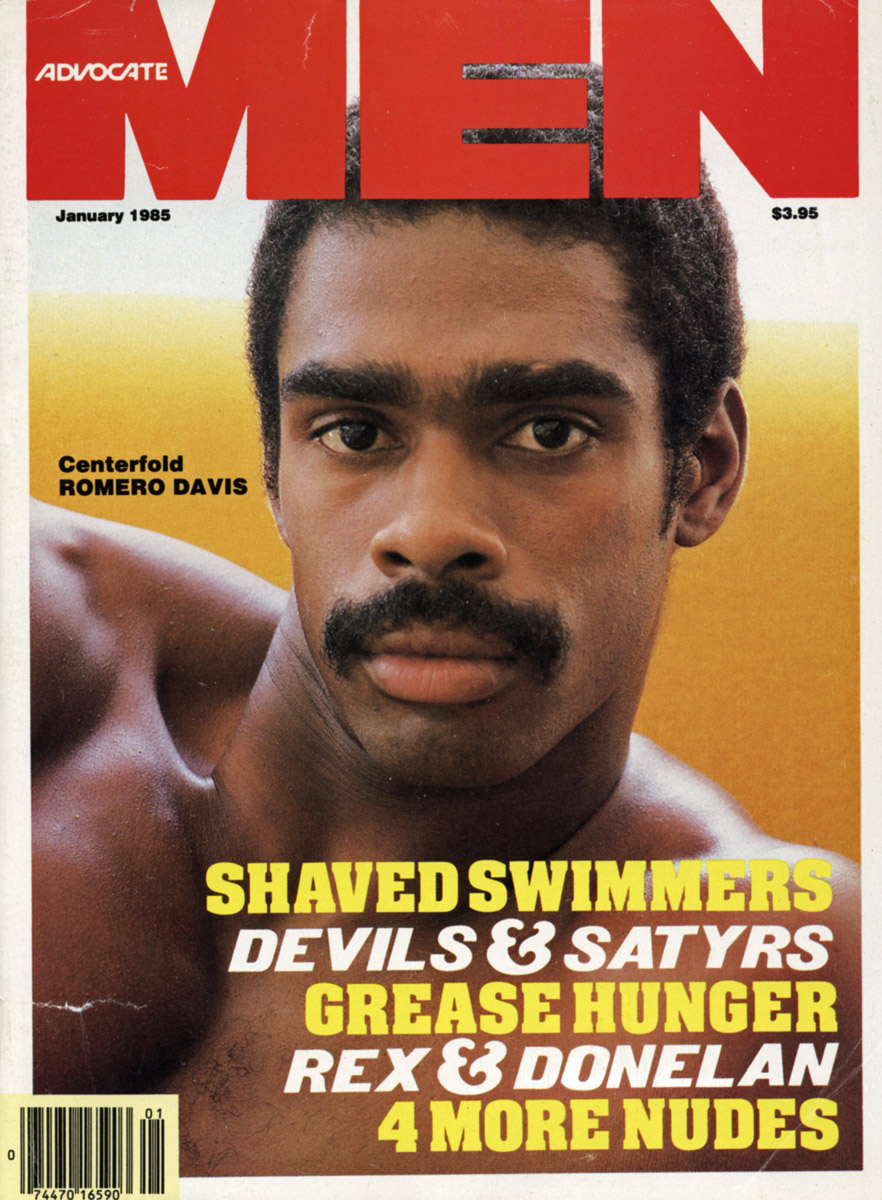 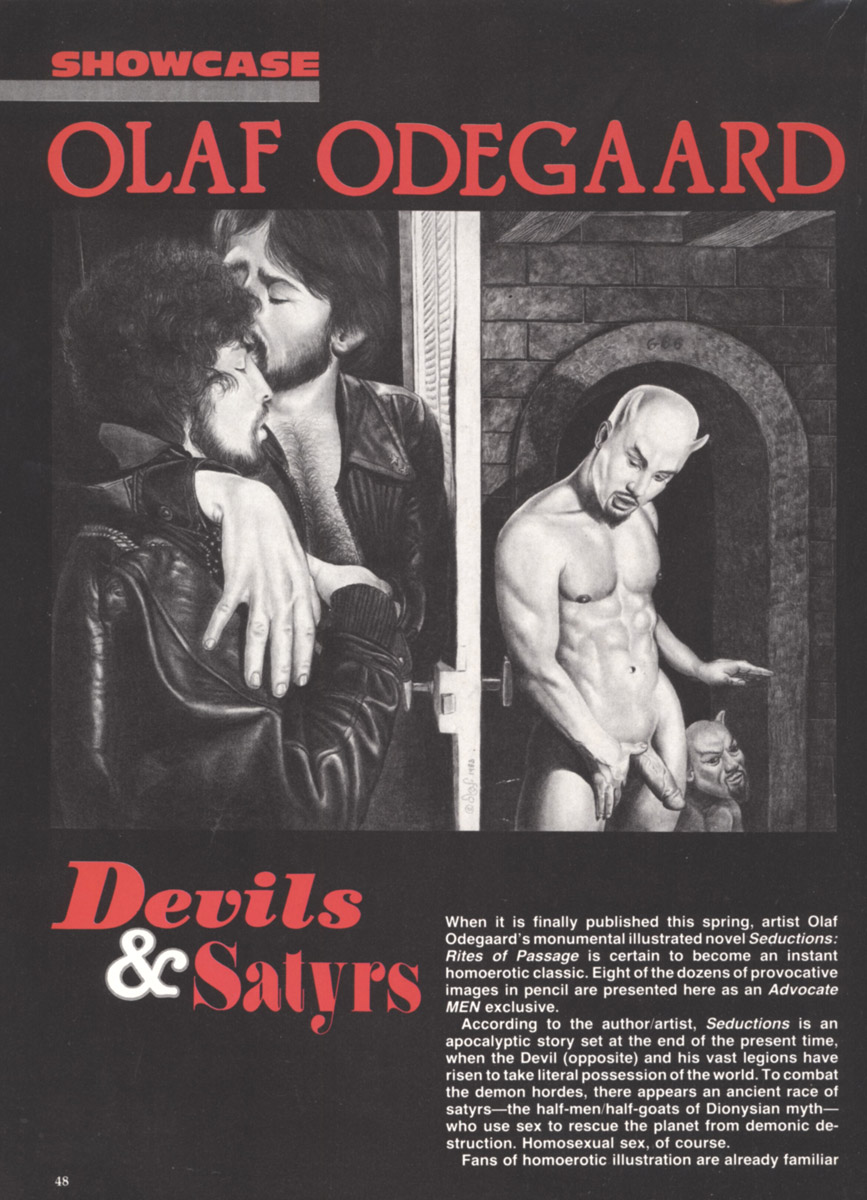 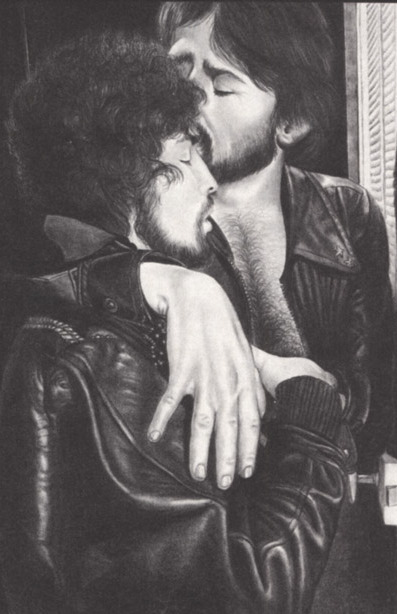 I was born a man with two talents, one for the theater and one for art. I pursued both of these arts from the time I was very young. I started drawing in kindergarten. I was working with oils by the time I was in fifth grade and had my first exhibition at that time. 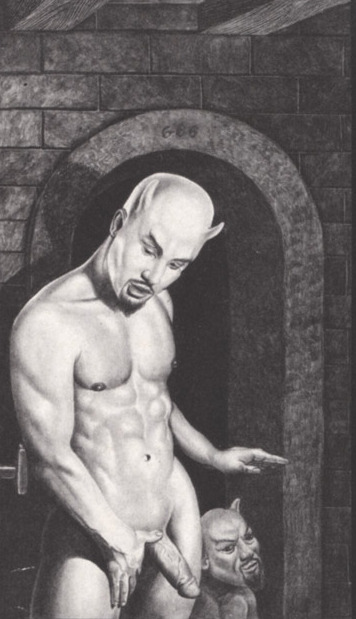 When I reached puberty I became entranced by what was happening to me sexually and I drew hundreds of drawings of my erect cock. While I had been drawing men since I was five, I now began to draw them with less clothes and more visible genitals. 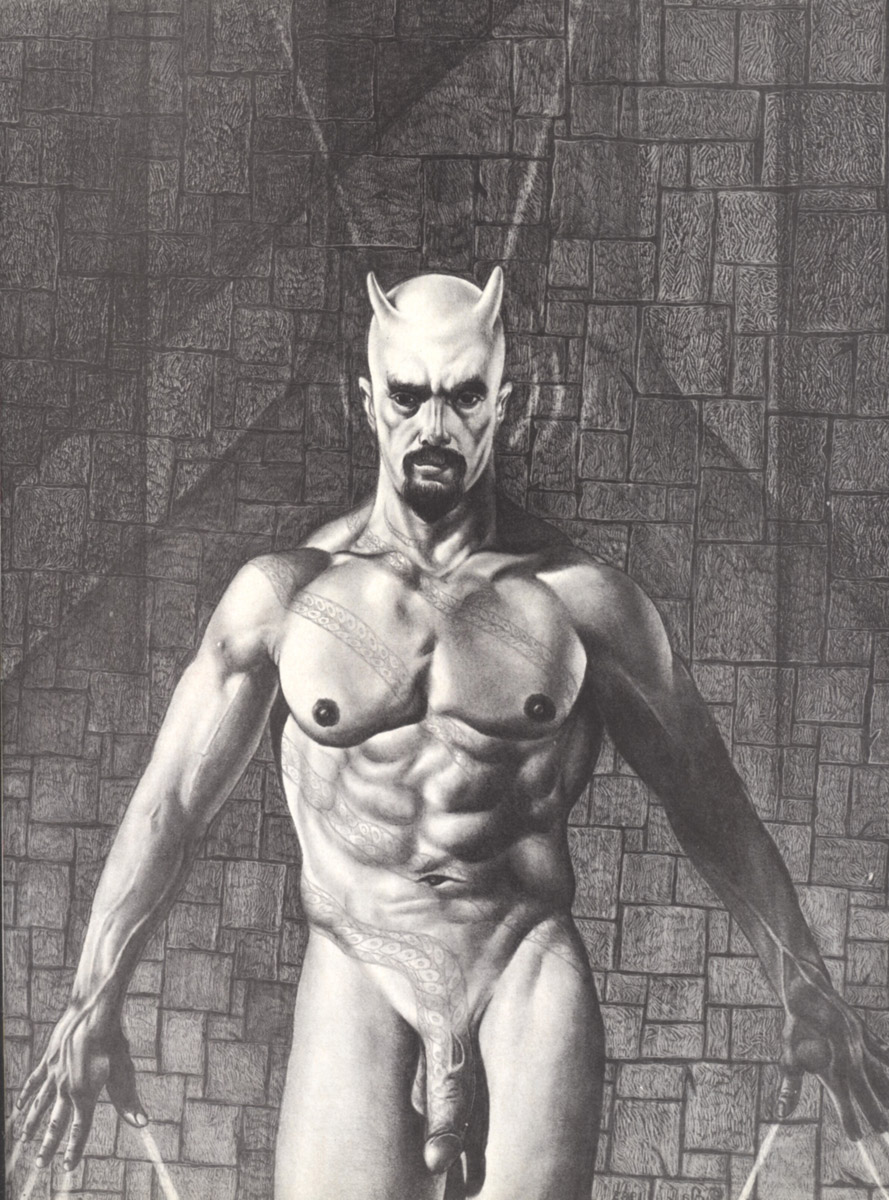 In the seventies, I saw the Satyr as the perfect symbol of gay men in that period. In Greek myth, satyrs bring joy and love into the lives of men. 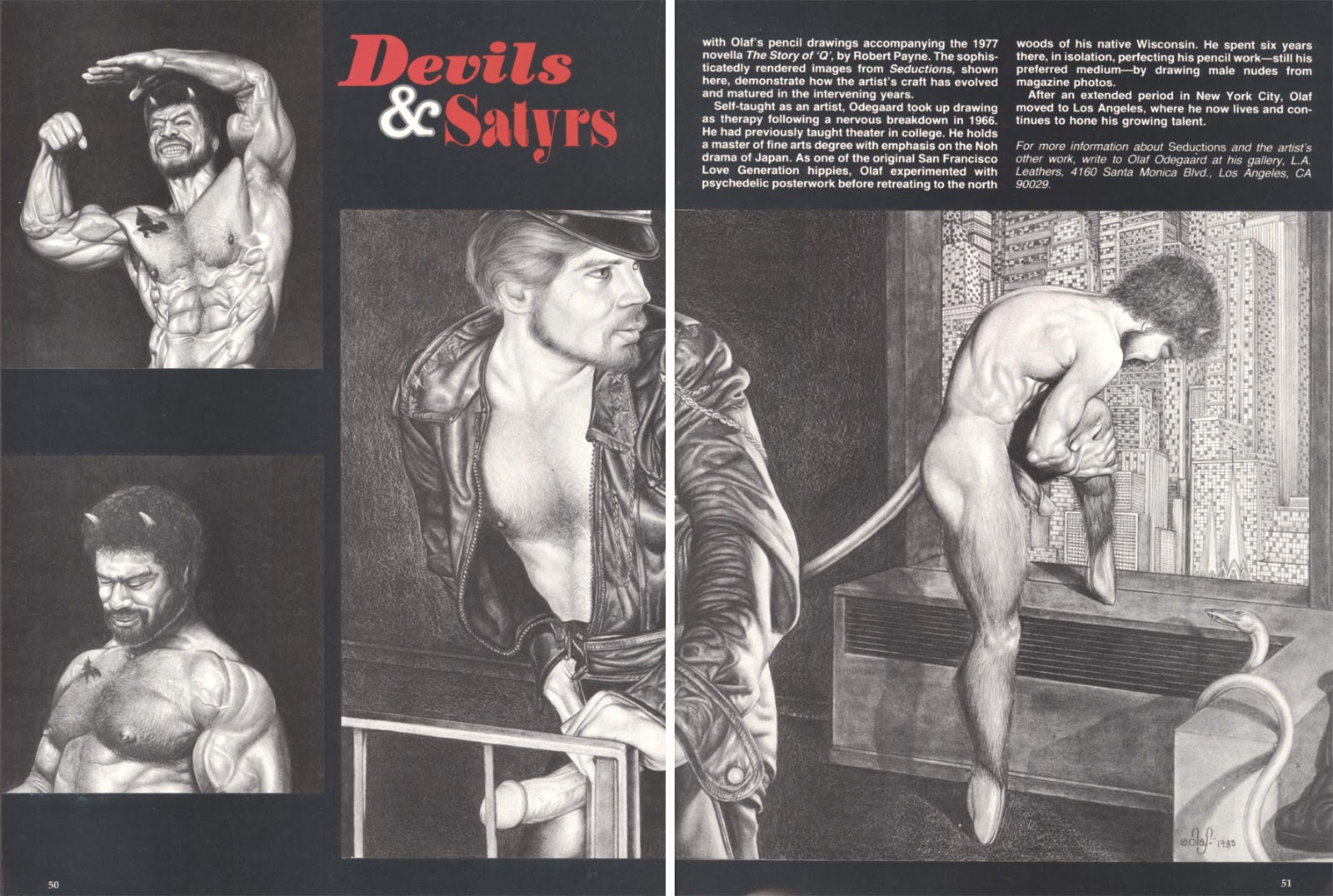 I praise the beauty of masculine men in my art, of their grace, of the passion of their sexuality. Of the peaks and valleys of their fleshscape. Of their raw power. Of their gentle kindness. Of love between men. Of their hardness of body, the wealth of hair on their chest and bodies, of their sense of companionship. 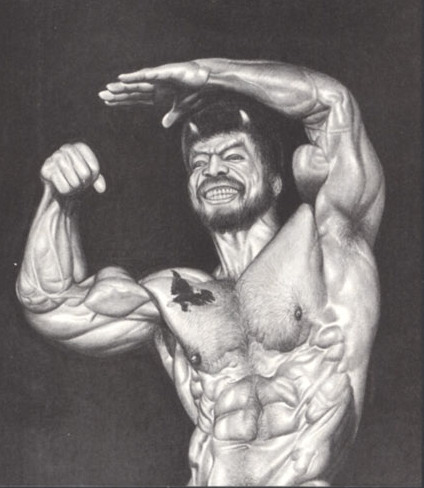 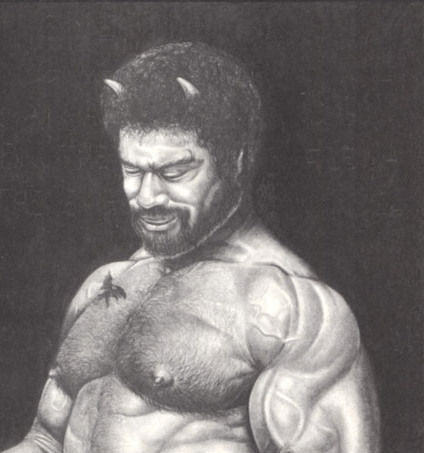 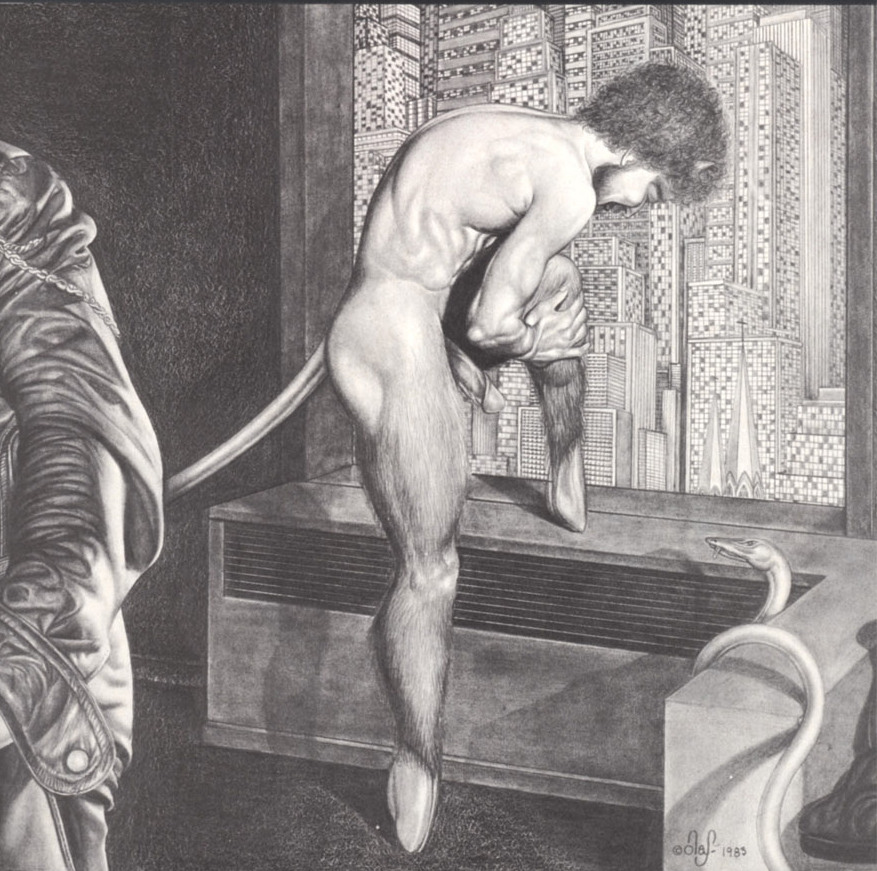 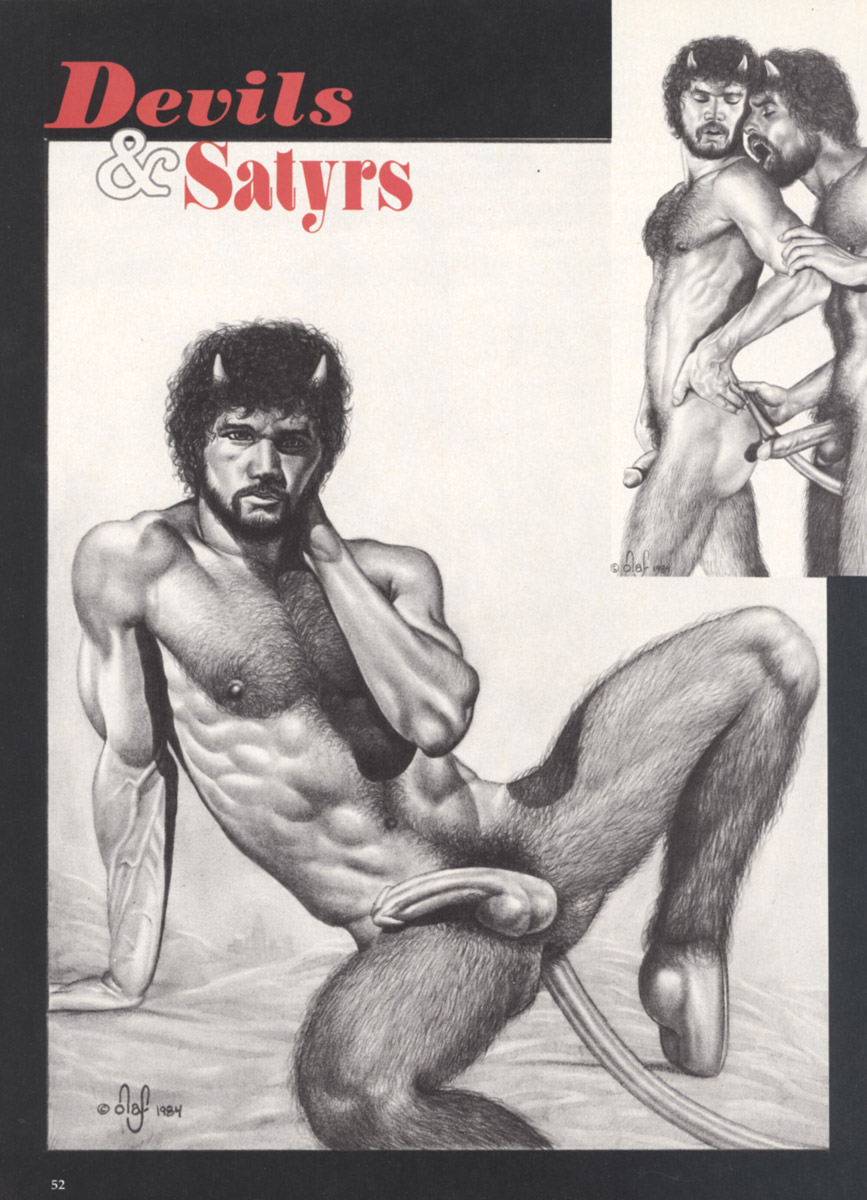 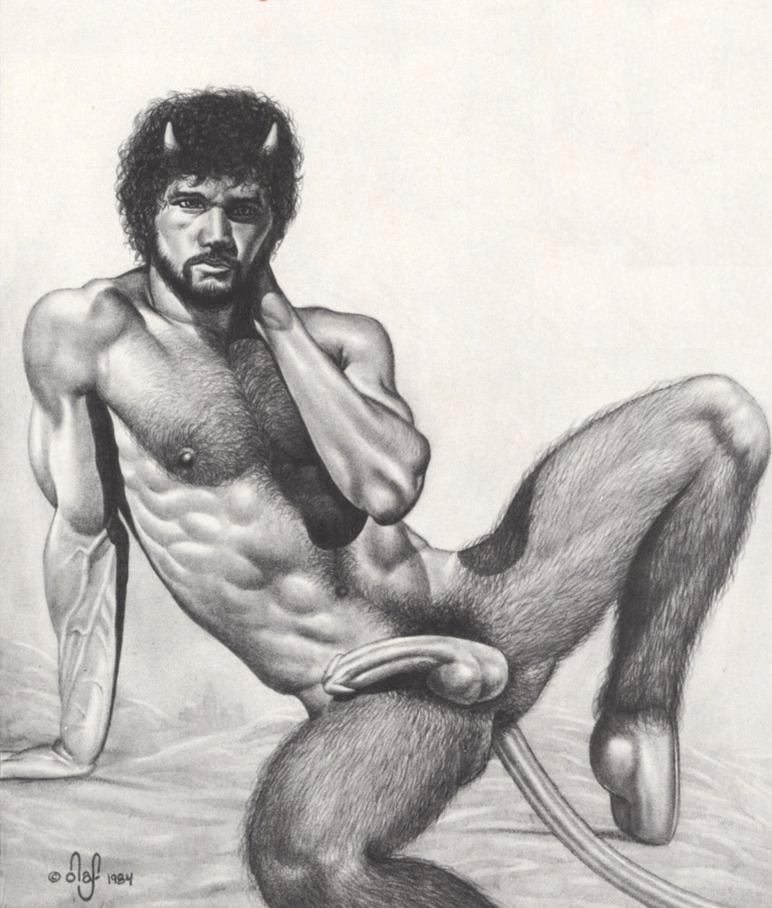 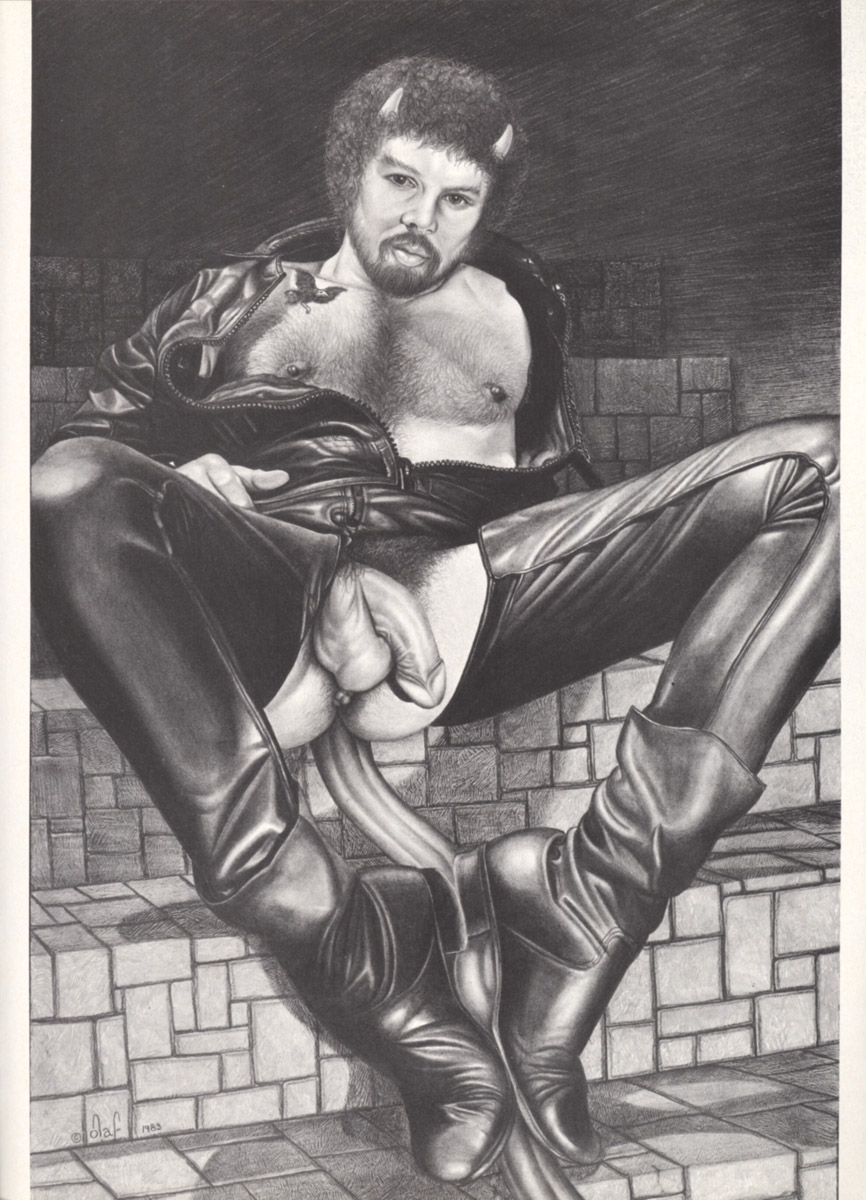